Actors: What you hear is who I am 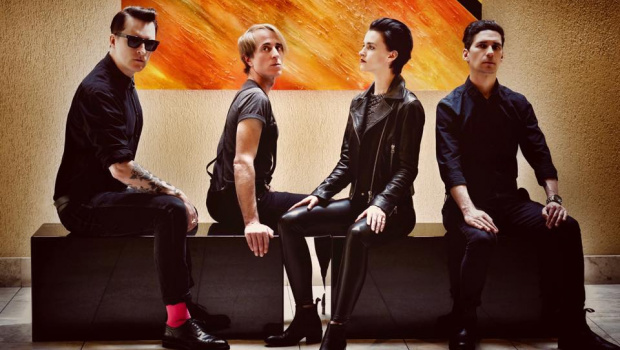 SANCTUARY.CZ: HELLO ACTORS! WHY “ACTORS”, ACTUALLY? AS A BAND, DO YOUFEEL TO BE ACTORS A BIT TOO? LIKE IT IS BY OTHER BANDS THAT PUT EMPHASIS ON THEIR IMAGE AND THEIR BEHAVIOUR TOWARDS FANS? IS IMAGE IMPORTANT FOR YOU?

Jason: Life is too short to masquerade around the world trying to be someone you’re not. In the end, all of this is about sharing experiences and emotions. I felt magic in music from an early age. I want to share that magic with as many people as possible.

SANCTUARY.CZ: A LOT OF BANDS NOWADAYS TEND TO FOCUS MORE ON RELEASING SINGLES AND SHORTER FORMS OF RECORDS (SHE PLEASURES HERSELFE.G.). WE'VE KNOWN YOU THIS WAY AS WELL AND YOU ALSO DIDN'T RUSH THE LONG-PLAYING DEBUT. WAS THIS ON PURPOSE, OR DO THE FANS NOW HAVE TO WAIT FOR THE NEXT FULL ALBUM?

Jason: I started off slow. I thought maybe I would only release singles. It was really Artoffact Records that came calling and lit the fire. They wanted to release a full-length album. I gave it a try and I’m happy I did. The response has been what I could describe as a tidal wave of fans and support. Here we are almost two years after the release, 150 shows later, and it just keeps growing!  There will be several singles and videos leading up to album number two in 2020. That’s all I can say at the moment. 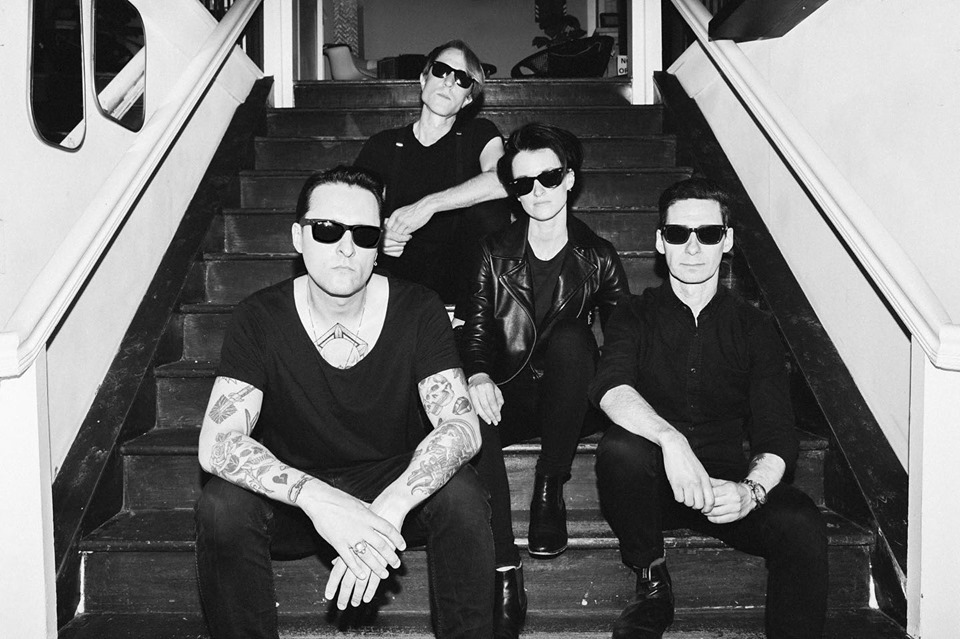 SANCTUARY.CZ: CAN YOU DIG THROUGH YOUR MEMORIES A LITTLE BIT AND TELL US HOW DID YOU FIND EACH OTHER WITH YOUR BANDMATES? LIKE… WHAT MUSICAL EXPERIENCE DO YOU ALREADY HAVE AND HOW DO YOU WORK IN THE GROUP? I MEAN, IS THERE A LEADER OR DO YOU WORK AS A TEAM OF EQUALS?

Jason: The band is like a family. We all have rolls to play to keep balance. Having a chemistry between four people like we do is very rare. I knew it was time to go all in leading up to the release of the album. I write the music but we are best when we are working together as equals on stage.

SANCTUARY.CZ: THERE IS A RUNNING JOKE IN OUR EDITORIAL STAFF THAT WE ALMOST IN EVERY SECOND REVIEW OR INTERVIEW FOR SANCTUARY.CZ MENTION THE NAME THE CURE. YOU WEREN'T AVOIDED BY THAT EITHER, THANKS TO YOUR COVER "ONE HUNDRED YEARS". WHAT DOES THIS BAND MEAN TO YOU, WHAT DO YOU THINK ABOUT THEIR NON-FADING PERFORMANCE SHAPE? WOULD YOU NAME ANY OTHER BANDS THAT STRONGLY INFLUENCED THE SOUND OF ACTORS?

Jason: I’m definitely a fan of The Cure. I’m a bigger fan of Bowie. There’s all the obvious greats but there’s influence from all over the place, and that can change from song to song. I enjoy many styles of music. A drum beat or a bass line may come from one genre, and a melody or production technique may come from another. I’m not interested in being a “revival” artist. What you hear is who I am.

Actors - We Dont Have to Dance

SANCTUARY.CZ: HOW DOES A POSTPUNK GROUP DO IN VANCOUVER? ARE THERE ANY CLUBS WHERE IS POSTPUNK, GOTH ROCK OR DARKWAVE PLAYED REGULARLY? WHAT IS THE GENERAL SITUATION ABOUT DARKWAVE/GOTH SCENE IN CANADA IN THIS WAY?

Jason: There’s a scene in Vancouver for sure and there’s lots of talent too. There could be more places to play but considering how expensive it’s getting to live here, there may be even less in the future.

SANCTUARY.CZ: YOU'VE ALREADY PLAYED QUITE A FEW CONCERTS IN EUROPE. CAN YOU SOMEHOW COMPARE THE AMERICAN AUDIENCE WITH THE CZECH ONE? WERE YOU SURPRISED BY EUROPE IN ANY WAY? AND HOW DID YOU ENJOY WAVE GOTHIC TREFFEN, THE BIGGEST EUROPEAN GOTH EVENT?

Jason: Touring in Europe was a revelation. To see the effect of our online presence in the flesh was surreal. There was an enthusiasm that we had yet to feel in North America. WGT was a blast and even more exciting than we had been promised. I can’t wait to get out on this next tour.

SANCTUARY.CZ: SINCE THE BEGINNING, YOU'VE BEEN RELEASING YOUR RECORDS ON VINYLS AS WELL. DOES ANY OF YOU COLLECT VINYLS AND HOW ARE THEY SELLING? IS IT WORTH MAKING THEM OR IS IT MORE OR LESS A MUSICAL FETISH?

Jason: Vinyl is real. It’s such a tactile format as well as a beautiful merch item or piece of art. When I like an artist I try to buy their vinyl. When you drop the needle it’s a commitment to listen in order as was intended. That’s cool. 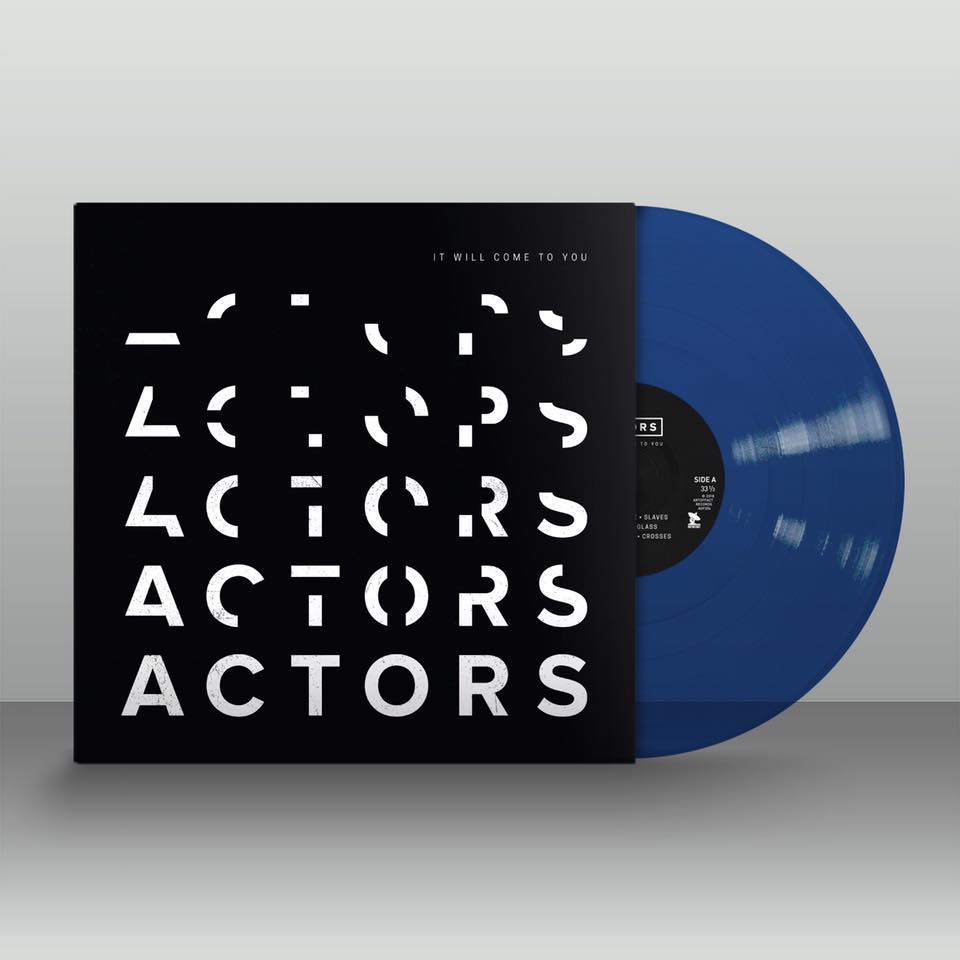 SANCTUARY.CZ: IN MY OPINION, YOU'RE A BAND THAT CROSSES THE GENRE BOARDERS AND IS CAPABLE OF ATTRACTING A LOT OF PEOPLE ACROSS GENRES. DO YOU NOTICE THIS DIVERSITY IN THE AUDIENCE ATTENDING YOUR CONCERTS OR IS THERE MORE E. G. GOTHS, POSTPUNKERS, DARKWAVE FANS, ETC.?

Jason: There is a diversity and we love it. It’s ok to like more than one style of music. I try to embrace that with our songs and push at the boundaries. For some reason there’s always a through line, it all works together.

SANCTUARY.CZ: THE LONG-PLAYING DEBUT "IT WILL COME TO YOU" HAS CERTAIN SOUND ELEMENTS OF THE EIGHTIES. HOW DO YOU FIND THE CURRENT POPULARITY OF THE EIGHTIES IN GENERAL? DID SOME OF THE PRESENT BANDS CATCH YOUR INTEREST BY USING THIS SPECIFIC SOUND? CAN YOU IMAGINE THAT IN A FEW YEARS, THE MUSIC OF THE NINETIES WILL RETURN AS WELL?

Jason: When you grow up in the 80’s it ends up resonating with you. I don’t try to write 80’s inspired songs. Those elements just naturally occur. I’ve been watching 80’s revivals revivals come and go since the late 90’s. The internet’s has made it possible for all sub genres exists and co-exist. I hear lots of bands that reference the 90’s already for years.

SANCTUARY.CZ: WHAT CAN THE FANS EXPECT FROM YOU IN A LIVE PERFORMANCE? WAS YOUR LIVE EP CREATED BECAUSE OF THIS? DID YOU WANT TO SHOW HOW DO YOU SOUND LIVE TO THE PEOPLE WHO HAVEN'T HAD THE CHANCE TO SEE YOU YET?

Jason: We love to play for our audience. There’s a synergy that’s very exciting to be a part of. The guitars are louder and it’s overall less restrained than the album. The live EP was recorded at Part Time Punks in Los Angeles. It’s a series they do that we had the chance to play and record. It was an opportunity to show we are more than a studio band.

Actors - Mining for heart (The Sound)

SANCTUARY.CZ: YOUR NEWEST STUDIO WORK IS ANOTHER COVER, NAMELY THE REMAKE OF THE SONG "MINING THE HEART" BY THE SOUND. WHY THIS SONG? DO YOU ALSO PLAY ANY COVERS LIVE?

Jason: The music of The Sound is very touching. There’s an underlying romantic darkness to it. They really do deserve to be recognized on a larger scale. “Mining for Heart” was a cover that we recorded for a charity compilation that may or may not be coming out in the future. I’m not sure where that project is at at the moment. The more obvious songs from their discography were taken so I dug a little deeper and came across this song. It really is beautiful, like so many of their songs.

SANCTUARY.CZ: DO YOU KNOW ANYTHING ABOUT CZECH REPUBLIC OR ABOUT PRAGUE? WE ARE LOOKING FORWARD TO YOUR PERFORMANCE ON PGT!

Jason: I have to be honest. I know almost nothing about Czech Republic or Prague. I know we are excited to come play and make new friends and fans. 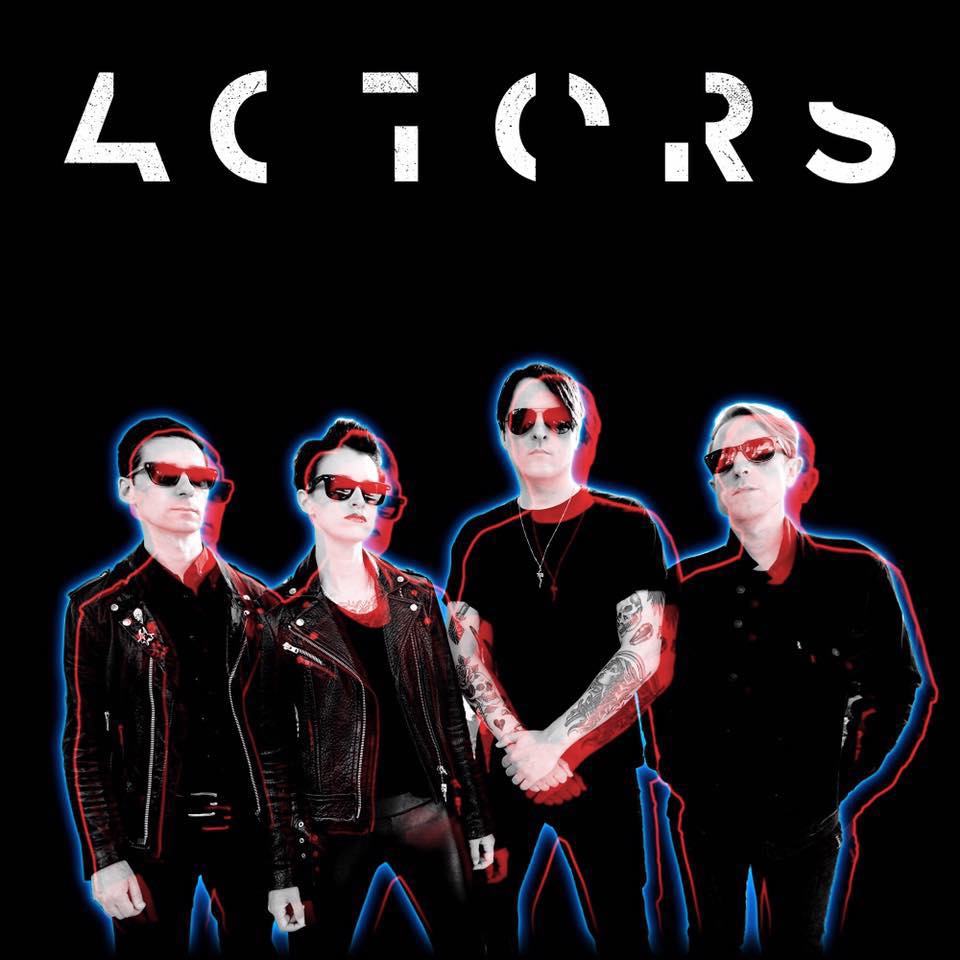