Ultra Sunn: You have to be yourself and make the music you want to hear 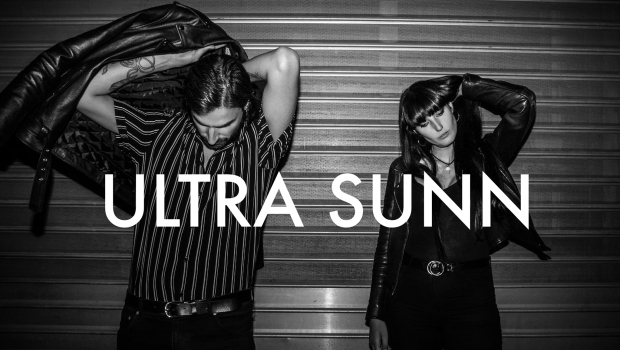 About "The sound of Belgium", New Year's resolutions, the World Cup, Front 242 and Rendez Vous or when your very first track is unexpectedly played at a party for 10,000 people. An interview with Sam and Gaelle, who will be coming to the Czech Republic for the first time in a week.

SANCTUARY.CZ: HI ULTRA SUNN, HOW ARE YOU IN THE NEW YEAR?

SANCTUARY.CZ: ARE YOU MAKING ANY NEW YEAR’S RESOLUTIONS? AND IF SO, WHAT HAVE YOU COMMITTED TO FOR THIS YEAR?

Ultra Sunn: Maybe more cardio training and better a sleep schedule :D We are very excited to release our next EP called ‘Kill Your Idols’ on Fleisch and to have a lot of really cool gigs planned all over. 2023 will be a year with big improvements for us and we are really happy to dive into it.

SANCTUARY.CZ: YOU ENDED LAST YEAR IN STYLE - WITH A BIG SHOW WITH FRONT 242. HOW WAS IT?

Ultra Sunn: It was great ! We loved the super receptive audience, we really had a great time and it was really cool to chat with the guys from Front 242. We were proud to be part of a Belgian lineup and to be able to show our know-how in terms of electronic music. We’ll have the pleasure of doing a gig with them again in February this time in Belgium.

SANCTUARY.CZ: I ALSO SAW THE IG STORIES THAT YOU WATCHED THE FOOTBALL WORLD CUP FINAL DURING THE SOUNDCHECK. WHO WERE YOU SUPPORTING – FRANCE OR ARGENTINA? 😊

Ultra Sunn: Haha yes ! The tech crew decided to project the match on the giant screen behind us when we play (Fortunately only during soundcheck) To be honest, we don't watch football at all and we didn't even know there was a match that day. Sam likes to watch tennis (Roger Federer fan here) and go running but our relationship to sports stops there. So we don't really know how to answer if we supported a particular team. We know that all the Belgian fellows present there were supporters of Argentina (probably because of old sporting rivalries). Anyways, the atmosphere was fun and the show after was memorable! 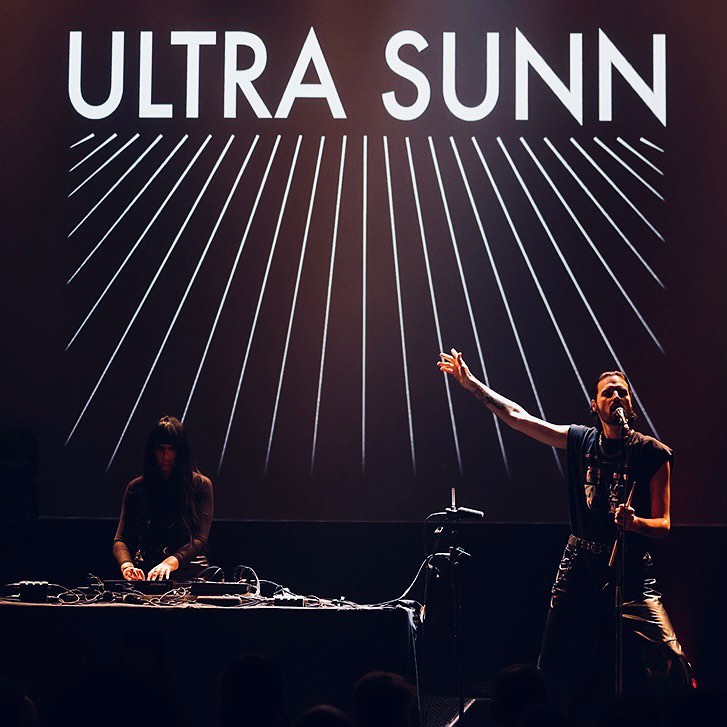 SANCTUARY.CZ: SPEAKING OF FRONT 242 – HOW IMPORTANT WAS THIS BAND TO YOUR MUSICAL DEVELOPMENT? YOU KNOW, LOOKING FROM CENTRAL EUROPE WE KIND OF THINK, THAT MAYBE EVERY BELGIAN BAND HAS TO LISTEN TO THESE EBM PIONEERS COMPULSORILY FROM CHILDHOOD… MAYBE EVEN WITH MOTHER'S MILK... 😊 .

Ultra Sunn: Front 242 are the godfathers. As you said, and especially for our generation, we were indeed born into it. We were raised with EBM and New-beat. We talk about ‘The Sound of Belgium’ of which we are very proud. It’s quiet unique, you need to have this particular, surreal and strange mindset which is typical of our little country, it’s cultural. We played with bands like A Split Second or Absolute Body Control to mention a few and we are lucky to have this closeness with these bands, nobody is playing the diva or the superstar (when they totally could, i mean they are legends) These folks are part of the roots of electronic music that we know today but in the same time they are just humble and curious about the new scene and in the end, all ages mix because we have the same spirit.

SANCTUARY.CZ: THIS LEADS US TOWARDS YOUR BEGINNINGS – AND I HAVE TO SAY, THERE'S NOT A LOT OF INFORMATION ABOUT HOW ULTRA SUNN ACTUALLY CAME TO BE ALL OVER THE INTERNET. COULD YOU GIVE US SOME SHORT INFO ON HOW YOU GUYS GOT TOGETHER: WHEN, WHY, WHERE YOU PLAYED BEFORE... JUST A LITTLE BIT OF THE BEGINNINGS OF THE BAND TO KNOW YOU BETTER.

Ultra Sunn: We started the band at the end of 2019. Sam was finishing his studies in archeology and Gaelle was leaving her fashion designer job. Sam has been making music for about 15 years, Gaelle learned classical piano when she was younger but it was her very first band. We got into it because we wanted to work together and we wanted to make music without constraints, it was fresh and spontaneous. We had the will to make a modern project, something that corresponds to our time. The first track we released 'Night Is Mine' ended up in a massive DJ set in Brussels. 10,000 people danced to our music, we were getting videos from our friends who were there, just as surprised as we. Our other tracks quickly also found their way into many DJ sets and on the radio. The first gig (and which was also Gaelle's very first gig) was the opening act for the French band Rendez-Vous. It was really a great experience. After that we toured in Belgium, then we signed with the Spanish label Oraculo Records for our first EP during the pandemic. During the lockdown we had a lot of streams, we did a few lives on Twitch, it was really a special time. When things reopened we quickly went to play in Germany, Spain, Netherlands, France, Portugal and then gradually, all over Europe. And now here we are !

Ultra Sunn – Night Is Mine

SANCTUARY.CZ: YEAH, YOU MANAGED TO PULL OFF A STUNT THAT I'VE SEEN LAST TIME WITH I GUESS SHE PAST AWAY - WITH THE VERY FIRST SINGLE YOU GOT FANS, DJS AND MUSIC JOURNALISTS EXCITED… AND THEN YOU FINISHED THEM OFF WITH A SINGLE “KEEP YOUR EYES PEELED”…

Ultra Sunn: We are really happy to see that our songs are so much a part of people's daily lives. Beyond seeing our streams and views go up, we also see stories or tiktoks with people who live the moment listening to our music and that means a lot to us. 'Night Is Mine’ was immediately played and danced in clubs and on radios. At that time, we weren't even thinking of releasing a record yet. ‘Keep Your Eyes Peeled’ was a track we released for the summer a few months after, the song really found its audience. It is also a song that speaks of independence of strength, with a combative and positive spirit. It's a bit like a hymn that brings us together with the public and carries us all. It's always great to play this track live. We feel lucky and grateful.

SANCTUARY.CZ: IN GENERAL, I FEEL LIKE YOU'VE MANAGED TO ESTABLISH YOURSELF VERY WELL IN THE DARK SCENE IN ONLY THE TWO A HALF YEARS YOU'VE BEEN AROUND, WHICH IS GREAT. WHAT IS THE ADVICE YOU WOULD GIVE TO YOUNGER PROJECTS THAT ARE ALSO TRYING TO MAKE THEIR WAY?

Ultra Sunn: The only things we can say (if ever our advice counts) is that there is no magic recipe. What worked for one band probably won't work for another. You have to be yourself and make the music you want to hear. The rest is luck probably.

SANCTUARY.CZ: LET’S MOVE FROM YOUR FIRST SINGLE TO THE LATEST ONE - "CAN YOU BELIEVE IT" IS REALLY A DANCEFLOOR BANGER. DOES IT HINT AT A LEANING TOWARDS AN EVEN HARDER AND FIERCER SOUND FOR THE BAND IN THE FUTURE? WHEN WILL THE NEW MUSIC BE RELEASED ANYWAY?

Ultra Sunn: The track worked very well in clubs and DJ sets everywhere in the world, and it’s a pleasure to sing and play it live ! To answer to your question, we are in the process of finalising our 3rd EP which marks an important turning point for us both musically and in our way of working. ‘Can You Believe It’ is just a taste of this new era.

Ultra Sunn – Can You Believe It

SANCTUARY.CZ: WHAT OTHER CURRENT BANDS IN THE SCENE DO YOU THINK TO DESERVE ATTENTION (AND MAYBE THEY DON'T)?

SANCTUARY.CZ: HAVE YOU EVER MET VELVET VEGA BEFORE, OR WILL YOU MEET THEM FOR THE FIRST TIME HERE?

Ultra Sunn: First time, but it will be a pleasure to meet them of course.

SANCTUARY.CZ: WE ARE VERY EXCITED TO FINALLY SEE YOU HERE - DO YOU HAVE ANY RELATION TO PRAGUE? LIKE… HAVE YOU EVER BEEN HERE BEFORE, DO YOU READ KAFKA OR SOMETHING... 😊

Ultra Sunn: We are so happy to come and play in Prague, we feel blessed that our music takes us to such a beautiful city. We can’t wait to admire the architecture and of course to meet the audience, your people are known to have a strong connection to music so we look forward to sing and dance with you all.

SANCTUARY.CZ: THANKS A LOT FOR THE ANSWERS AND IF THERE IS ANYTHING YOU WOULD LIKE TO TELL YOUR CZECH FANS, THE STAGE IS YOURS…

Ultra Sunn: Thank you so much for the interview :) Our 3rd EP ‘Kill Your Idols’ will be released soon on Fleisch and we can’t wait to share the new tracks with you all. See you folks on January 21 to set the Chapeau Rouge on fire! 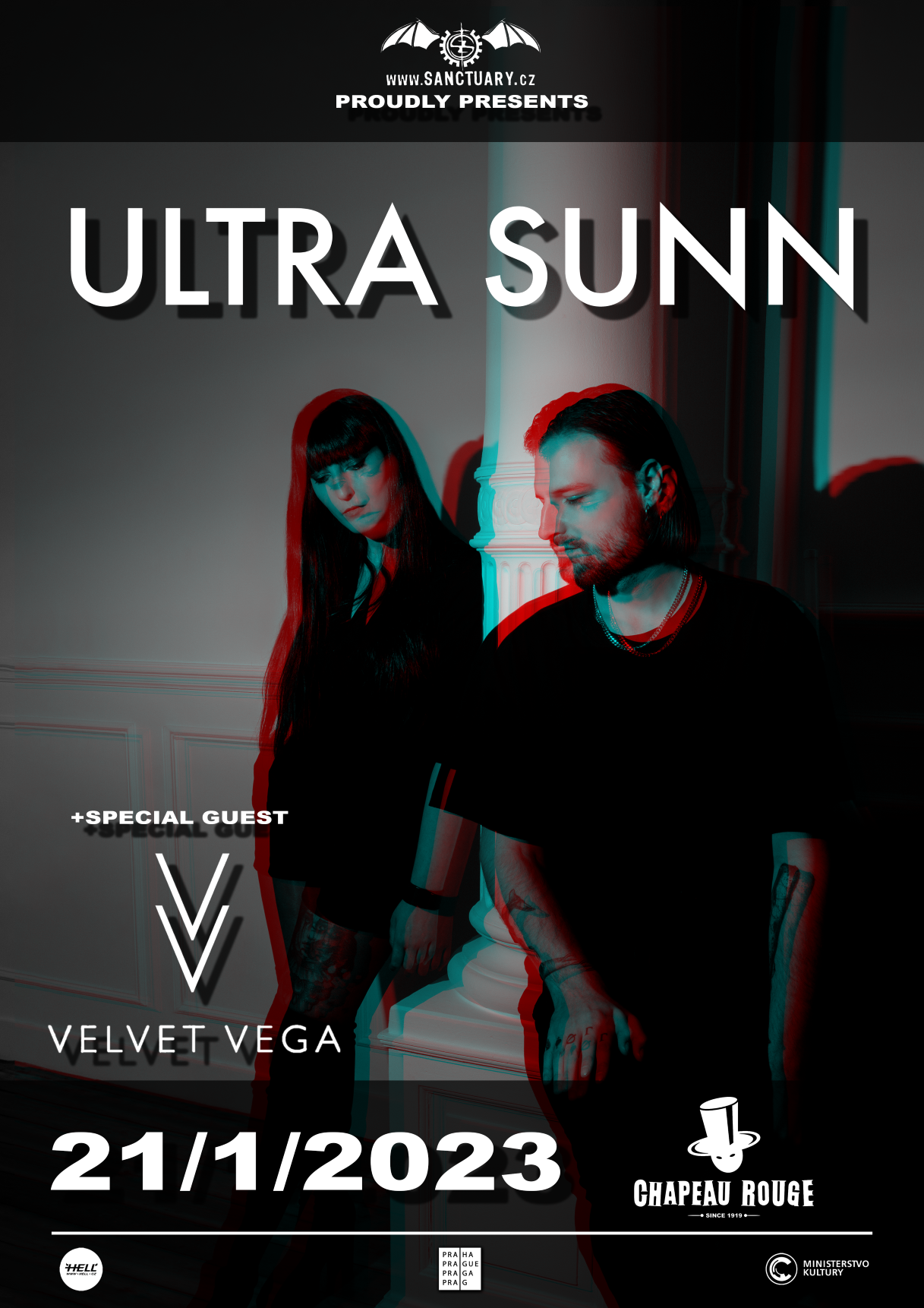