Interview with Army of The Universe 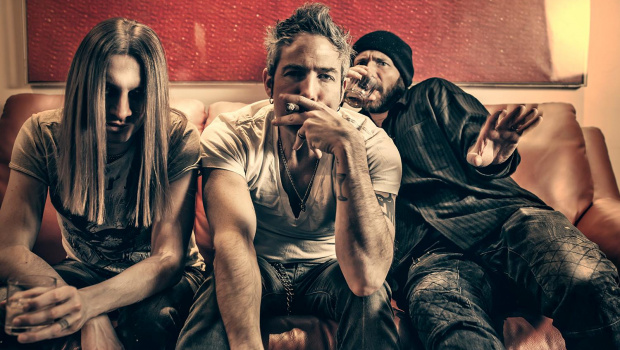 About The Birthday Massacre, 80's, crows, Blade Runner and other interesting stuff with italian rising star of industrial rock.

This interview was made by our brand new support, Phils of Wicked Spins Radio, Vampire Freaks and a lot of other interesting music-related media. By his efforts you will be meeting English content on Sanctuary.cz much more often. And we like it! Welcome aboard, mate!

SANCTUARY.CZ: HI GUYS, THANKS FOR DOING THIS INTERVIEW FOR SANCTUARY, YOUR SOUND IS QUITE UNIQUE MIXING VARIOUS ELEMENTS INTO THAT LOVELY MELTING POT.  AT WHAT POINT IN THE BANDS LIFE DID THE SIGNATURE SOUND YOU HAVE NOW ACTUALLY HAPPEN?

Army Of The Universe: Probably since day one, but with this EP the sound got more mature and complete. Still experimental and crossover but definitely implemented by the ultimate sound design.

SANCTUARY.CZ: HOW HARD WAS IT INITIALLY TO BALANCE EACH SOUND TO GET THE MIX OF EACH JUST RIGHT TO GET THE ARMY OF THE UNIVERSE SOUND WE NOW LOVE?

Army Of The Universe: It has been hard, indeed, but we never cared too much. It grew organically and the idea of working with a younger an talented co-producer as Gosteffects help a lot finding the perfect balance.

SANCTUARY.CZ: YOU ALL COME FROM VERY STRONG BACKGROUNDS MUSICALLY, CAN YOU TELL OUR READERS A LITTLE BIT ABOUT EACH OF YOUR OWN HISTORIES AND ALSO HOW DID THIS PREPARE YOU FOR YOUR MUSICAL LIFE IN ARMY OF THE UNIVERSE?

Army Of The Universe: Well, the band was initially about Lord K and Trebla only.  Lord K is a true Rock singer, his background is definitely Hard Rock. Bands like Danzig and The Cult have inspired him since he was a kid.  Trebla used to be a DJ (aka Albert Vorne) and Techno / Trance producer, mostly influenced by The Prodigy, Underworld but also NIN and several Industrial bands.  Then when guitar player Dave joined the band he carried with him his Glam and Dark touches.

Army of The Universe – The Magic

SANCTUARY.CZ: WHAT IS THE MESSAGE AND STORY BEHIND YOUR NEW RELEASE THE MAGIC?

Army Of The Universe: The Magic as a song was born from a different arrangement with way more vocal parts. Then we decided to rework it keeping the strongest and catchiest line.  The message is about subconscious addictions which can be interpreted in very different ways by each listener.

SANCTUARY.CZ: DEORRO CAME ON BOARD TO REMIX THE MAGIC, DEORRO IS VERY LIVELY AND UPBEAT IN HIS PRODUCTIONS.  BUT WHAT DID DEORRO DO WHEN HE GOT HIS HANDS ON THE MAGIC WHICH IS QUITE DARK IN ITS STYLE AND FEEL?

Army Of The Universe: Yes, honestly we froze his remix for a while, over one year.  His production skills are amazing, he can put his hands on any kind of music, from Classic to Rock, from EDM to Pop.  He initially came up with a more “euphoric” draft and we asked hi to go darker and raver.  And here you go.. he delivered a club monster just the way we wanted.

SANCTUARY.CZ: IS THE MAGIC A TASTE OF WHAT’S ROUND THE CORNER FOR YOUR UP AND COMING NEW ALBUM,  WHAT CAN WE EXPECT TO HEAR ON YOUR FORTHCOMING ALBUM?

Army Of The Universe: Absolutely, The Magic kind of drove us into the new album writing and sound design.  We will have over 12 songs, probably 14. The combination of analog and digital elements is till the key, but the overall sound got fatter and bigger, like The Magic.

SANCTUARY.CZ: YOUR NAME IS FUTURISTIC AND INSPIRED BY 2001 A SPACE ODYSSEY AND BLADE RUNNER, SO WHAT ARE YOUR THOUGHTS OF THE RUMOURS OF BLADE RUNNER 2?  DO YOU THINK HARRISON FORD IS GETTING TO OLD TO MAKE ACTION MOVIES SO AS TO SPEAK OR DO YOU THINK HE WILL BE ABLE TO PULL THIS ONE OFF?

Army Of The Universe: Great question. Yes Harrison shall be in there, but not as a protagonist.  He should be the twist.. Crazy stuff, like it now revels he is a replicant or something.. Ahahah!   We are very curious but we really do not know what to expect.  It’s always scary to make a 2 of a masterpiece.  And Blade Runner is a literature masterpiece.

SANCTUARY.CZ: YOU HAVE A VERY ICONIC CROW AS PART OF YOUR LOGO, SOME SEE THE CROW AND KIND OF GOTHY IN WAYS.  WHAT SYMBOLISM DOES THE CROW SIGNIFY FOR ARMY OF THE UNIVERSE?

Army Of The Universe: Our crow is the most present animal around Milano’s flatlands.  Well, in the city center we go pigeons too, but those are really ugly.  The crow represents a creature of the night, a dark presence, very poetic.

SANCTUARY.CZ: YOU USE ANALOG SYNTHS WHICH CAN GIVE MUSIC THAT VERY 80S SOUND, HOW DO YOU USE SYNTHS EFFECTIVELY TO BRING A VERY REAL MODERN SOUND WE KNOW AND LOVE?

Army Of The Universe: That is Trebla obsession. The sound just gets warmer and more real.  Especially using so much distortion and noisy elements the analog touch is needed.  We normally have analog synth bass running in each single song and that makes a huge difference to us. Also in this EP and the next album we added a touch of true acid coming from a real TB 303 and Trebla’s favorite OScar.

SANCTUARY.CZ: YOU ALSO USE A VERY ICONIC GUITAR BRAND TOO, HOW DO BLADE GUITARS FIT PERFECTLY IN WITH YOU MUSICAL MASTER PLAN?

Army Of The Universe: Oh yeah.. That was Dave’s call. First show we did together he shows up with this Blade Guitar and we knew it was going to become an element for us.

Army of the Universe – Until The End (feat. Chibi)

SANCTUARY.CZ: HOW DID YOU COME TO WORK WITH CHIBY FOR UNTIL THE END?

Army Of The Universe: Through Metropolis Record. We always liked her and The Birthday Massacre.We simply thought she was going to be the perfect female featured artist on our song.

SANCTUARY.CZ: IF YOU WERE TO CONVERT THE MUSIC OF ARMY OF THE UNIVERSE INTO A COMIC BOOK THEN WHICH COMIC DO YOU THINK WOULD COME CLOSE TO YOUR MUSICAL ETHOS?

Army Of The Universe: May The Flash… Even though we can totally fit Gotham’s underground clubs.

SANCTUARY.CZ: TO ME THE 80S GAVE US SO MUCH MUSIC AND I ALWAYS REMEMBER THE AMAZING CARTOONS, WHAT WAS THE BEST PART OF THE 80S FOR YOU GUYS?

Army Of The Universe: We often say: “we would have loved to live the 80’s as grown up men”.  And trust us, Milano was one of the World’s 80’s capital.  Pure madness.  Music was the most fun part of the 80’s of course, but also fashion and cars!

SANCTUARY.CZ: THANK YOU FOR GIVING SANCTUARY THIS INTERVIEW, ANY FINAL THOUGHTS?

Army Of The Universe: Our pleasure, hope to meet you soon in person. Maybe US tour in August? 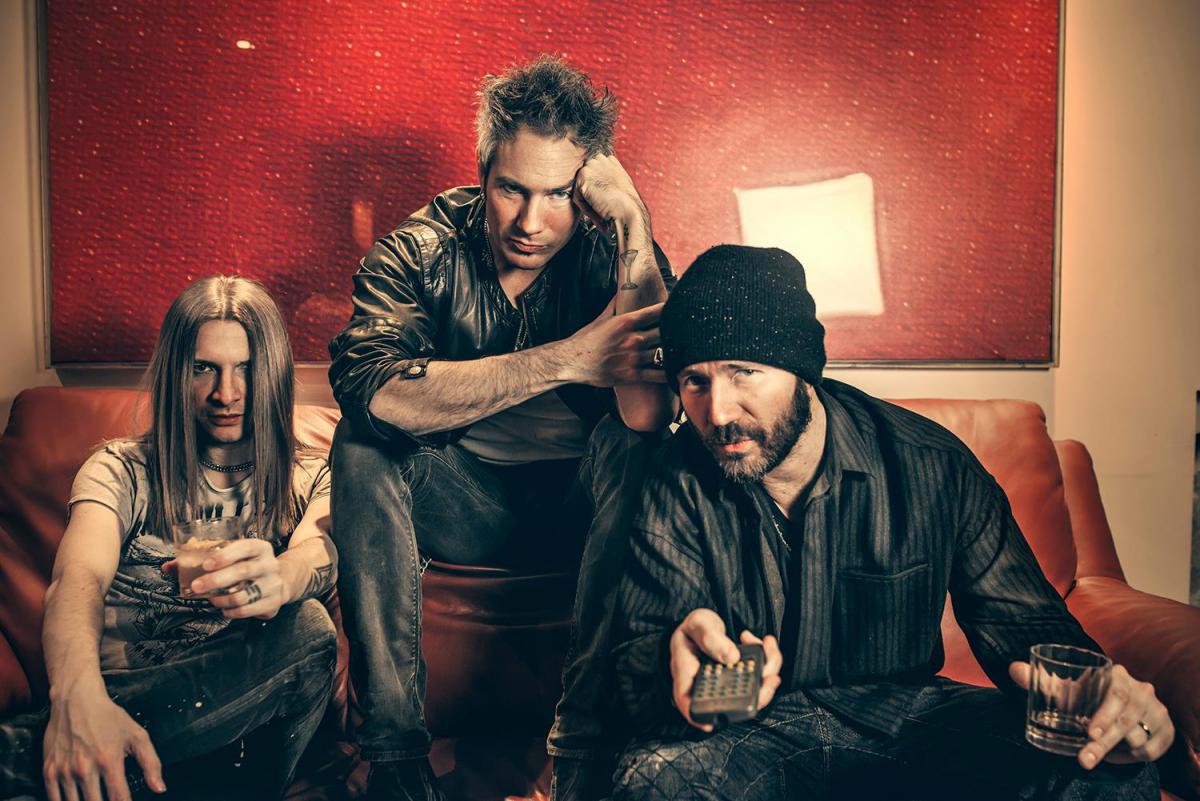 Dvojrecenze The Birthday Massacre – Under Your Spell