Interview with the main organizer of Dark Malta Festival 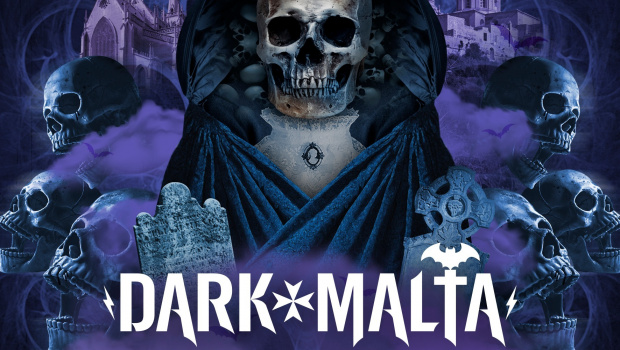 WE ARE TALKING A FEW DAYS BEFORE THE START OF DARK MALTA 2022. IS EVERYTHING GOING SMOOTHLY?

Rene’ (Dj Hades): Yes of course, we are still recovering from the last 3 years. Unfortunately we had to organise everything in 6 weeks what is us usually organisated in 6 months.. so these 6 weeks were a bit hectic, but now these 2 last days are preparations going well, and artists are flying here again.

HOW DID YOU JOIN THE GOTHIC SUBCULTURE?

Rene’ (Dj Hades): Here in Malta the gothic subculture is quite small, maybe 40 people, we‘ve got a bigger stronger metal community and usually they go well with each other so they go events to each other and Dark Malta was born from that, that was the idea of having the festival, it was always my dream to have it and from a small 1 day festival we grow to a 3 day festival of international artists.

IS THERE ANY CLUB WHERE LOCAL GOTH MEET?

Rene’ (Dj Hades): Actually there is one club that I run to, which is called „the Garage“ all the alternative hang out place, where people hang out together, mix with each other.

SO THEY ARE NOT STRAIGHT LIKE I AM GOTH, I AM METALHEAD.

Rene’ (Dj Hades): To be honest, we do have what I call „elitist“ but mainly a small country with small subgenres they have mix with each other and learn how to live with each other. 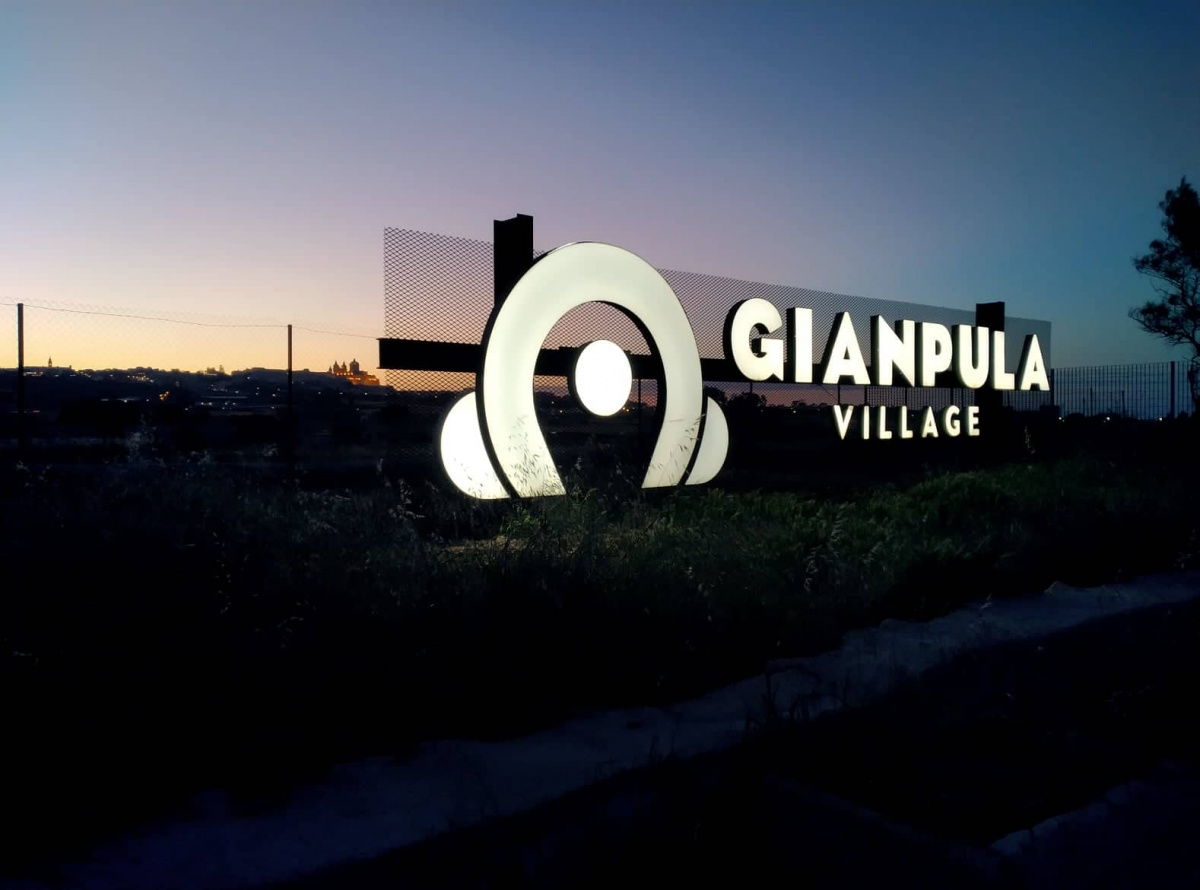 OF COURSE, EVERY SCENE HAS IT OWN ELITIST WE KNOW THAT AS WELL. WHEN WERE FLYING HERE, WE NOTICED THAT IN THE AIRMALTA MAGAZINE YOU HAVE ALSO AN ARTICLE, DOES THAT MEAN YOU HAVE A SUPPORT OF LOCAL AUTHORITIES AND PEOPLE?

Rene’ (Dj Hades): Yes, the journalist that actually wrote the article will be here in the festival, she is goth, she is very much into darkwave, into industrial. Yes we found support of local authorities especially from the culture minister through Rock and Malta funds which help alternative festivals. And I am very grateful for that especially after the pandemic. Authorities understand there are a lot of alternative and also very good events going on international festivals like Dark Malta, there is also another festival called „Rock the South“ which is more on the alternative.

HOW MANY VISITORS IS THIS YEAR AND WHAT IS EXPECTED IN THE FUTURE?

Rene’ (Dj Hades): Well before the pandemic we had sold many tickets. But unfortunately after the pandemic we nearly give all the tickets back and only few tickets were not retrieved so now we are expecting 600 to 700 people. We were expecting  a larger crowd but since  we have a big market in east europe which unfortunately you know why could not fly from the area and of course we have a people who are not comfortable yet to travel because of the pandemic. So I believe that the next year will be better.

WHAT WAS THE FIRST IDEA OF HAVING DARK MALTA FESTIVAL? WAS IT BECAUSE YOU ARE THE OWNER OF THE CLUB AND YOU WANTED SOMETHING BIGGER?

Rene’ (Dj Hades): Actually yes the Dark Malta was born when „The Garage“ was open that there was a venue that could held an alternative festival. In fact it was a one day festival and we had Diary of Dreams and GothMinister headlining the festival, suprisingly enough with internal running and international from abroad and they told us Malta could attract – because of the history, of culture, of the climate of the country. Second year of festival had Lord of the Lost, Suicide Commando, Clan of Xymox quite a big line up and the number of people from abroad actually increased and we said like ok, this project if you give us 5 years it could run to a nice project. So this last two years we had to cancel the festival and now are going to third edition a three day festival which hopefully will remain as three day festival for the rest now, for the next years. 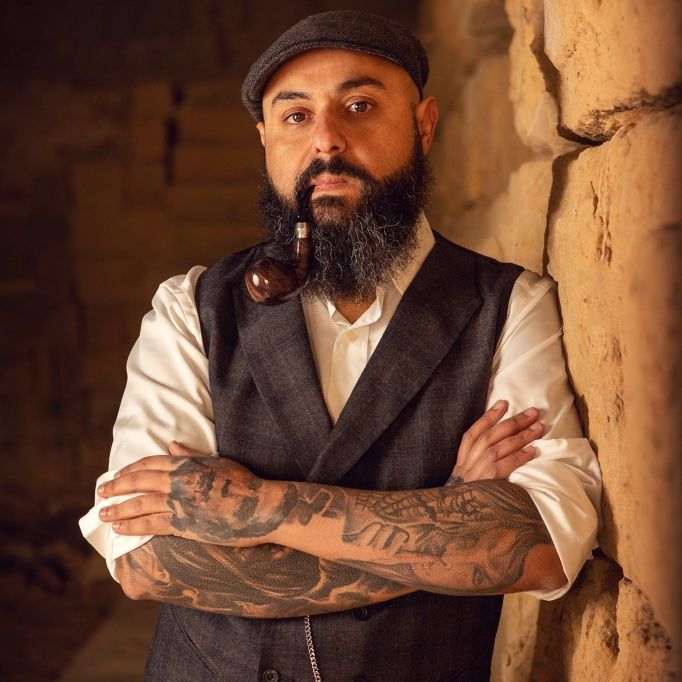 SO YOU CAN SAY YOU ARE GROWING EVERY YEAR BUT HOPEFULLY IT STAYS AT THREE DAYS.

Rene’ (Dj Hades): Yes of course we know that this year the Festival will not grow as much as we wanted unfortunately we knew but we could not afford to cancel the festival. And I believe that festivals which will be cancelling themselves this year, will be suffering next year because people now they want to enjoy festivals and they want freedom again so for us to was important festival to be held and that people who will attend will have a lifetime experience.

WHAT IS YOUR FAVOURITE BAND LIKE IF YOU HAVE ANY DREAM BAND YOU WOULD LIKE TO INVITE OR YOU ALREADY HAVE IN HERE?

Rene’ (Dj Hades): Well I can not say the best, because we have been already contacting them but some of them already had like Combichrist, Covenant, Suicide Commando, I mean Nachtmahr, Clan of Xymox, which I love because I am fan of darkwave. It was kind of also a selfish present but sure there are some other bands which we are hoping to have in future, one of them is already confirmed for next year – Project Pitchfork which should have headline this year but because of other commitment, we have to postpone the festival two time they had their tour confirmed so unfortunately they could not come this year but hopefully they will come next year and there are another couple of bands which will be coming next year and they are too my favourite bands but at the moment I can not say anything so, we still have to announce.

HOW BIG IS THE TEAM OF FESTIVAL? HOW MANY PEOPLE RUN THIS FESTIVAL?

Rene’ (Dj Hades): Well technically we are two persons. It´s me and Aleera de Lune so we´re both organizators of the festival but then of course we have our own team at the moment there is the stage crew which is working to organise the sound and then on Friday morning Aleera and her team will be organizing the door entrance, the merch area so yes we have a good team working with us.

DO YOU TRAVEL TO OTHER GOTHIC FESTIVALS AND WHICH ONE DO YOU LIKE?

Rene’ (Dj Hades): Yes and my favourite would be Amphi festival and I love Amphi because it is in the centre of Cologne, for me it is also holiday in the same time. I also Dj’d at Amphi in 2019, so I am lucky for that because it was a dream coming for me DJing at Amphi. This year I will be also travelling for Sinner´s day in Belgium and I am really looking forward to it because they have an amazing line up actually and there also some festivals in London I like to travel to, usually when I have some time I travel to Electrowerkz, Halloween night in Reptile I had luck to DJing here. I prefer club nights, I find them more intimate for contact with the artists.

DO YOU ORGANISE ANYTHING ELSE IN HERE?

Rene’ (Dj Hades): Yes, we do have Halloween massacre event here which is more on the metal side of music even though Suicide Commando headlined the 10th Edition. I had to include them for anniversary, it is a longlasting event, we are going for 14th anniversary next year, later this year I have Pestilence confirmed which more on metal side, I have got also Nanowar of Steel which is like parody of metal, I have seen them in Milan and I said one day I want to book them. Actually as Maltese we speak italian because we are used to italian television so by nature we learn italian. And hopefully we will have big symphonic metal band this year.

SO WE CAN SAY YOU ARE EXPERIENCED ORGANISATOR.

Rene’ (Dj Hades): Yes, Hades events will be going to 20 years next year.

IS THERE ANYTHING YOU WOULD LIKE TO INVITE VISITORS FROM CZECH REPUBLIC FOR NEXT YEAR?

Rene’ (Dj Hades): Next year we are planning an amazing line up and also adding some new attractions for the Festival.  Malta is a beautiful country, great climate, sun and since we are small island, and you can travel easy with direct flights and enjoy a great Festival.

DO YOU KNOW ANY BANDS OR ANYTHING FROM CZECH REPUBLIC?

Rene’ (Dj Hades): I know one DJ from Czech Republic, I forgot his name, my memory is blowing so much with the organisation, I DJ with him in Germany. Regarding bands, to be honest  I am not that aware. If they want to send us the DEMOs, listening to them and why not? We have bands playing from Mexico, so why not Czech Republic.