The Foreign Resort: Sometimes you have to do crazy things to make it work. 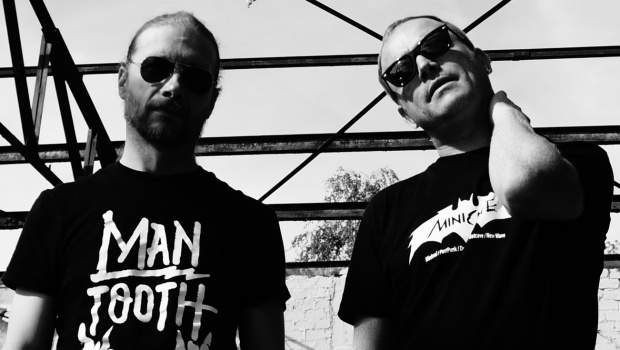 SANCTUARY.CZ: HEY, MIKKEL, HOW ARE YOU? DO YOU FEEL THE THREAT OF QUARANTINE AND LOCKDOWN IN THE AIR, OR ARE YOU NOT TOO CONCERNED ABOUT IT?

Mikkel: Hey guys! Doing ok here. I still have my job! But I am greatly worried about the looming lockdown of venues across Europe. Last winter was the most boring winter in my life and I really hope we don’t have to repeat it.

SANCTUARY.CZ: BUT LET'S MOVE ON TO A LIGHTER TOPIC - NEXT WEEK WE WILL FINALLY SEE YOU IN PRAGUE AGAIN. BUT THIS TIME, YOU WILL ARRIVE IN TWO INSTEAD OF THREE, WITHOUT DRUMMER MORTEN. CAN YOU TELL US MORE ABOUT THIS LINE-UP CHANGE, OR SHOULD WE NOT ASK? :)

Mikkel: Well, Morten decided he needed some change in his life, so he left the band. It had kind of been in the air for a while, so I was ready for the transition and had been programming beats for over a year when the break happened.

SANCTUARY.CZ: IS IT VERY DIFFERENT FOR YOU TO PLAY WITH JUST TWO PEOPLE? ARE YOU GOING TO STICK WITH IT, OR WILL YOU EVENTUALLY LOOK FOR A LIVE DRUMMER AGAIN?

Mikkel: It is indeed very different to be only two people on stage. One less person to rock out with and most important: We miss the volume and energy of a drummer on stage. Like Steffan says: “I’m a rock musician, I need a drummer”. On the other hand, the response from the audience has been really positive. Only very few have told us we need a drummer back and some have even told us we sound better without drums. So, I’m not worried about what our audience thinks.

On stage we’re trying to compensate with loud backing tracks and it helps some, but a new drummer is needed and we are in fact having talks with a drummer. So we could return as a trio in the near future – not at 007 Klub though. We will blast you with the industrialized prog beats that currently make up the drums.

SANCTUARY.CZ: YOU'VE MANAGED TO DO QUITE A FEW GIGS WITH THIS LINE-UP SINCE THE SUMMER. WHERE HAVE YOU BEEN AND HOW WAS IT?

Mikkel: As stated above, we’re doing quite well without a drummer. Both on and in front of the stage. Our first tour as a duo was our 9 day run in Italy with one show in Marseille, France. We jumped straight into the duo performance and got embraced by the crowd in the different cities. We drove straight from Copenhagen to Naples, only stopping to sleep in Innsbruck on the way. Pretty rough, but we wanted to play the re-opening night at the venue. In general the routing was terrible due to the uncertainty of Covid-19 while booking the tour. So, we drove a lot on this tour. But it felt great to be back on the road and the reception made it worth it. People appreciated us making the effort to get out there again.

SANCTUARY.CZ: AND DO YOU STILL DRIVE A SKODA? HOW IS IT? AND HOW DID YOU COME UP WITH THE IDEA TO CHOOSE THIS AS YOUR BAND CAR?

Mikkel: My 2011 Skoda Octaiva still drives like a dream! And now I even got it chip tuned, which means we can go faster than 200 km/h on the German autobahn. We’re goddamn rednecks, I know :).  I have always worked on downsizing, so the choice of touring in a combi was only natural. We did a few tours in the beginning in a Mercedes Sprinter, but it is way too slow, uncomfortable to drive and too expensive.

SANCTUARY.CZ: APART FROM THE GIGS, YOU'VE BEEN RELEASING REMIXES OF THE SONGS FROM THE LAST "OUTNUMBERED" ALBUM DONE BY BOOTBLACKS, CREUX LIES OR NITE LATELY. MORE ARE COMING ON THE "OUTREMIXED" ALBUM (BTW. WHEN IS IT COMING OUT?). WHICH OF THESE REMIXES DO YOU LIKE THE MOST AND WHAT DO YOU LIKE ABOUT THEM?

Mikkel: “OutRemixed” was released last Friday, November 19th on Artoffact Records. I can’t exactly say which remixes I like best. It depends on which mood I am in that day. The three remixes released ahead of the album already speak to how broad the musical spectre is on this album. We are talking more about “remakes” rather than “remixes” where the bands have removed our instruments and added their own – even vocals.

Sometimes you can hear the sound of the band who did the remix, other times you have no clue unless you look at the title. You can find anything from slow shoegazey gloom over Italian romance to industrial noisy stuff. Something for everyone. We will play our song “Send Your Heart to the Riot” in the Creux Lies remix style when we perform at 007 Klub. It is upbeat and melancholic and I really enjoy playing it live!

SANCTUARY.CZ: SPEAKING OF RE-WORKING STUFF, YOUR DOUBLE COVER OF "SEND ME AN ANGEL / SUNGLASSES AT NIGHT" FROM LAST YEAR'S "THE RABBIT HOLE" EP IS AWESOME! HOW DID YOU COME UP WITH THOSE TWO TRACKS? AND DO YOU HAVE ANY OTHER COVERS IN YOUR SIGHTS? WHAT WOULD YOU BE TEMPTED TO DO?

Mikkel: We actually first performed “Send Me an Angel/Sunglasses” back in 2015 at a Halloween show in Seattle upon request from the promoter. He asked us to do an 80s track and I always loved those two songs. I can’t remember how the merge came about, but I do remember we had to transpose “Sunglasses” to an extremely high pitch to make it work with “Send Me…”. It is actually a bit too high for my voice, but hey, sometimes you have to do crazy things to make songs work.

I have been working a bit on a cover of “Open Your Heart” by Madonna, but I got stuck a while back and since then we have been busy with new songs. There might be another cover song sometime in the future, but at the moment we are focussing on our own material.

The Foreign Resort – Send Me An Angel / Sunglasses At Night

SANCTUARY.CZ: WHEN WE LAST SPOKE NEARLY FIVE YEARS AGO, YOU MENTIONED, AMONG OTHER THINGS, THAT ONE OF YOUR GOALS IS TO PURSUE MUSIC FULL TIME, IDEALLY TO BE ABLE TO MAKE A LIVING FROM IT. DID YOU MANAGE TO DO THAT?

Mikkel: The answer is no. But with the current situation I am very happy to have my teacher job to rely on to pay my bills. I would also like to add that I really enjoy my job as Danish teacher and I like to be able to go on tour and then go home and meet another kind of audience in the form of students.

SANCTUARY.CZ: WHAT CAN WE LOOK FORWARD TO IN PRAGUE? HAVE YOU PREPARED ANYTHING SPECIAL FOR US?

Mikkel: Like I started out with saying, I have been programming beats for quite a while. So people can expect a different, more industrial side of TFR with a cleaner, at times more aggressive expression brought on by the prog beats. We will also play one song that we have never played live with drums. And since we only come to Prague every second year, the duo setup will be a one-off for the Prague audience.  We can’t wait to return! It is always a pleasure to play for you! 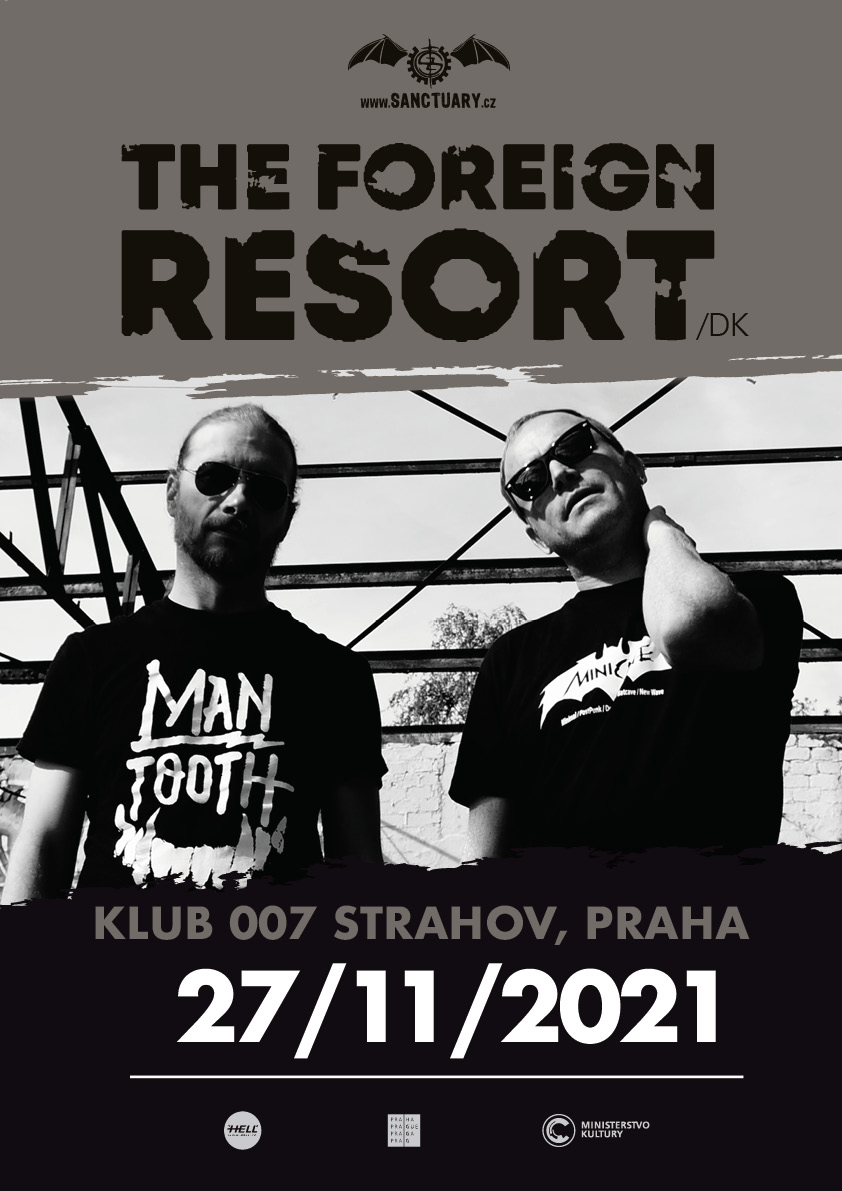