Twin Tribes: We are looking forward to sight seeing and trying great food! 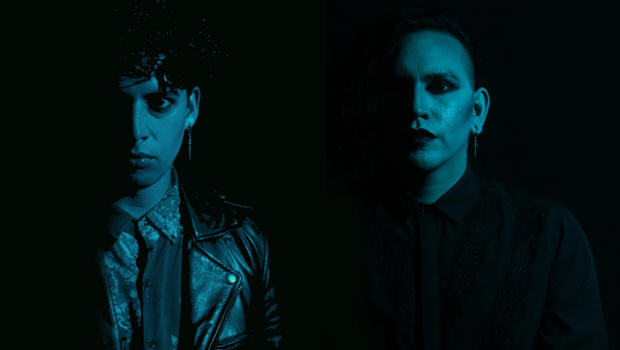 On Friday, the Czech audience will hear for the first time the American darkwave duo, which is beginning to tread on the heels of the absolute top of the genre peloton. Before the concert we had a few words with the guys about live playing, tapes, or whether there are cowboys in Texas nowadays...

Sanctuary.cz: Hi guys. How are you? Where did we reach you right now?

Twin Tribes: Good! Just in the process of getting everything ready for our European tour coming up.

Sanctuary.cz: We haven’t had an interview with you before, could you introduce yourself to our readers and tell us something about your band?

Sanctuary.cz: Few weeks ago, you started the Ceremony Us Tour. How long has it been since you last stood on stage? And what about the previous concerts - is everything going as planned? Where did you enjoy playing the most so far?

Twin Tribes: It’s been probably a week since we last were on stage in Salt Lake City. If you mean before the tour, it had been about a year and a half. For the most part, everything has gone as planned. It’s hard to say if we have a specific one we enjoyed the most. It has been great to see the response in each city and every show has been special in its own way.

Sanctuary.cz: During the tour, you are going to Europe as well. Have you ever played in Europe before or is this going to be your first time? What countries are you going to visit?

Twin Tribes: This will be our first time in Europe and we will have shows in the UK, Estonia, Latvia, Germany, France, Poland, Czech Republic, Hungary, Ukraine, Denmark, Sweden, France, Switzerland, and Belgium.

Sanctuary.cz: You are going to visit Prague too, among others. Do you know anything about our capital or about Czech Republic as such? What are your expectations?

Twin Tribes: We honestly don’t have any expectations since it will be our first time ever there. We are looking forward to sight seeing and trying great food!

Sanctuary.cz: When anybody in our country says “Texas”, we usually think of cowboys first, thanks to books and movies. How is the dark scene doing in your beautiful city? Where do you go to dance and would you recommend any bands from the area?

Twin Tribes: That’s exactly how Texas is lol. In our hometown of Brownsville there isn’t a huge scene. You would have to travel north to San Antonio, Austin, Dallas and Houston. These are some of the Texan cities that have a great scene with bands and DJ’s like Mvtant, DJ Rickbats, Garden of Mary, Curse Mackey and many others. 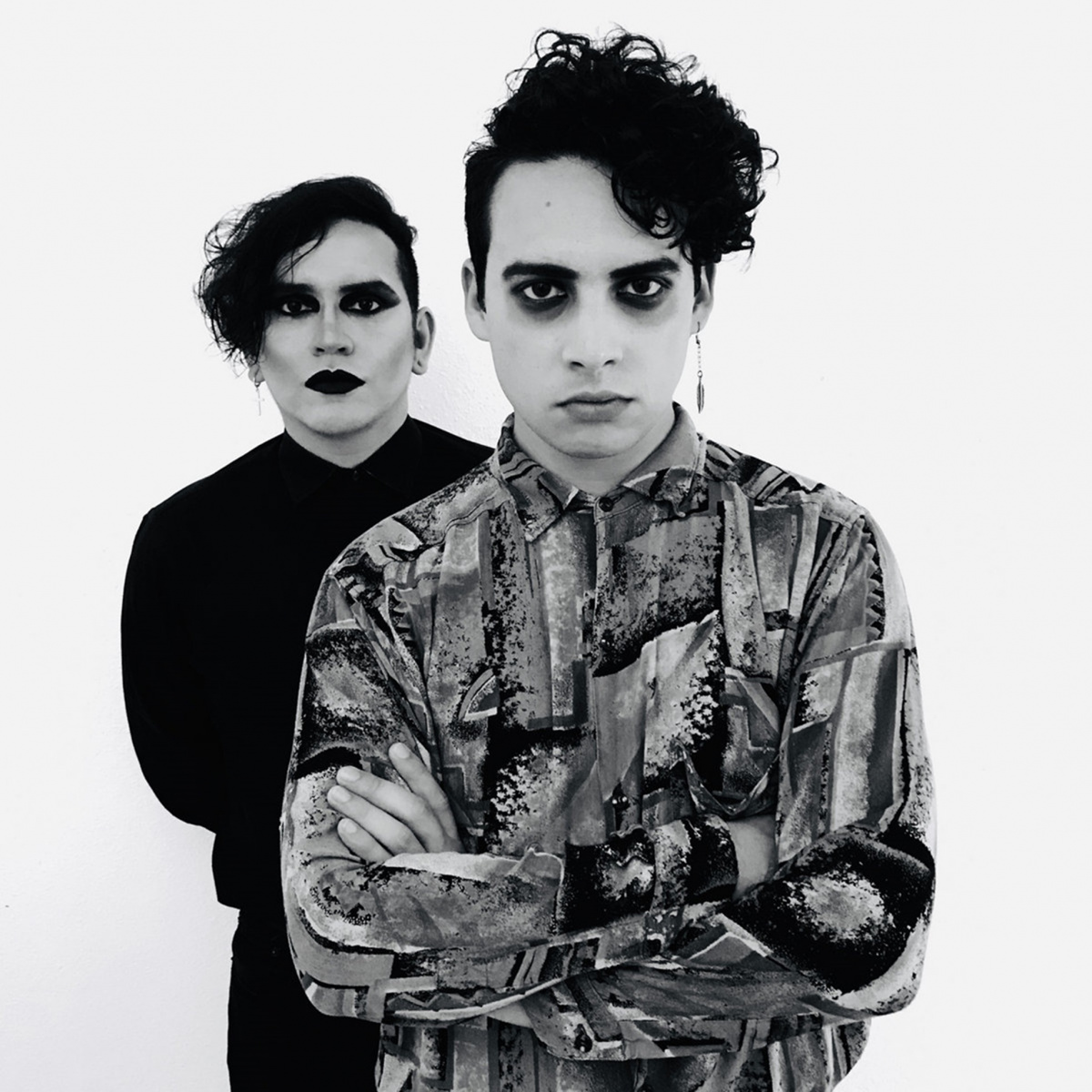 Sanctuary.cz: From your debut “Shadows”, it was already apparent you like occult and mysterious themes. Have any particular titles affected your work?

Twin Tribes: The album is a collection of stories with different origins. Some with occult and mysterious themes influenced by movies. For example “The Dark Crystal” or “The Hunger”.

Sanctuary.cz: In the review of your album “Ceremony”, I wrote about you: “Unrestrained analog rhythmics of She Past Away brightened up by the colourful melancholic sound of Drab Majesty, confesses to unquestionable love to the Cure and to the legacy of Clan of Xymox.” In your opinion, which of the mentioned bands is the closest to you and which one is the farthest?

Twin Tribes: Being compared to those bands is a great compliment. We’re big fans of She Past Away as well as Drab Majesty, The Cure, and Clan of Xymox. There is a little of all their influences present in our music.

Sanctuary.cz: Apart from the studio albums, you also released the live performance “Live at Fascination Street”. This was released only on cassettes and digitally. Do you like the trend of restoring cassettes? Has the return of this media surprised you? Would you rather choose a vinyl or a cassette for your collection?

Twin Tribes: Yes, we only released "Live at Fascination Street" on cassette and digitally on Bandcamp. We love cassettes. Initially, our plan was to just release "Shadows" on cassette. Dead Wax Records approached us about pressing it on vinyl, and that’s how the first pressing came to be. Vinyl is also an amazing format. It’s difficult to choose a favorite since both are excellent and nostalgic in their own way. We continue to collect both.

Sanctuary.cz: How did the idea of releasing a remix album arise? Could each of you choose the best remix from this album and explain why you chose it as the best one?

Twin Tribes: The idea came naturally during the period of lockdown. We had several friends reach out wanting to do a remix for us and when we listened to the finalized tracks, we were in love. It made sense to reach out to more friends about their interest in making a remix for us and every artist that participated did an amazing job at making the tracks their own. If I had to choose a favorite, I would choose Portal to the Void by She Past Away (Luis) and (Joel) would choose Dark Crystal by Luz Futuro. Honestly, it is by a very slim margin as all of the tracks on this remix album are very dear to us.

Sanctuary.cz: According to the music videos and the overall aesthetics of your band, it is clear that the visual aspect plays a significant role for you. Do you try to work with this at the concerts as well?

Twin Tribes: Definitely. We try to deliver a whole experience. Makeup, wardrobe, fog, and lighting all play an important role for the vibe that we set during our live performances.

Sanctuary.cz: How is the material for the new album coming along? It’s been a while since the release of “Ceremony”...

Twin Tribes: As soon as we’re home we will continue with the writing process of the next album. Hopefully done soon!

Sanctuary.cz: Are we going to hear any new songs in Prague?

Twin Tribes: Not Exactly new, but the whole performance for Europe will be new in a way, as we have never played any of our songs for a live audience in the continent.

Sanctuary.cz: Thank you for your time and hopefully, we’ll get a drink together in Prague soon! 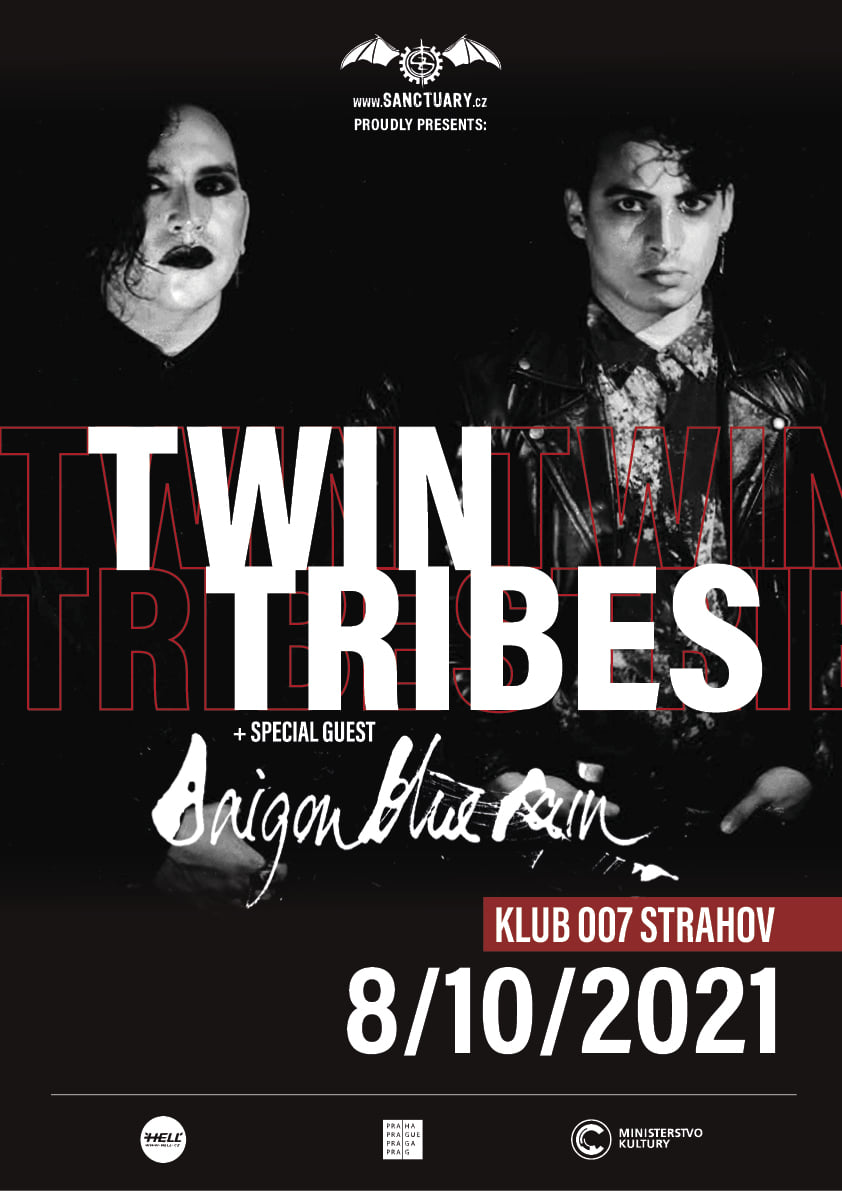