Empathy Test: We will be performing for the first time in the Czech Republic, in Prague and at PGT. It will be three "firsts" in one! 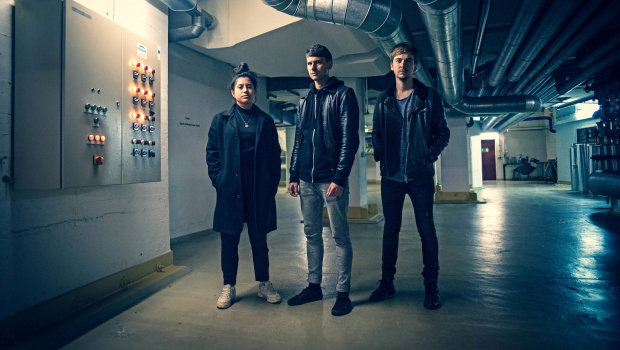 On the aftermath of Covid and Brexit, claustrophobia and positioning between scenes with one of the stars of this year's PGT.

Sanctuary.cz: Hello Empathy Test! Prague Gothic Treffen is approaching, so let's find out in what post-covid shape you are :) We are really looking forward to your visit! How are you?

Isaac: Cautiously optimistic? Surviving? It’s been a tough couple of years. But Empathy Test is truly happy to be performing in Czech Republic, Prague and PGT for the first time. It’ll be three “firsts” in one!

Sanctuary.cz: Can you introduce yourselves a little bit to the festival attendees?

Isaac: Empathy Test an electronic, dark pop band from London UK. We originally formed as a duo in 2014, with myself (Isaac Howlett) on vocals and my best friend Adam Relf working in a producer/composer role. We released a song called “Losing Touch" which has since gone on to appear in various viral videos and TV shows and has picked up over 3 million streams (in total) on Spotify.

Since then, we’ve released three albums and have remained, by choice, unsigned and self-managed. Over the years, the line-up of the live band has changed regularly, with Adam no longer appearing on stage but our live drummer, Chrisy Lopez has become a star player, introducing live drums first to the live band and then to the recordings as well. Our most recent album, Monsters, was also co-written by our current keyboard player, Oliver Marson. 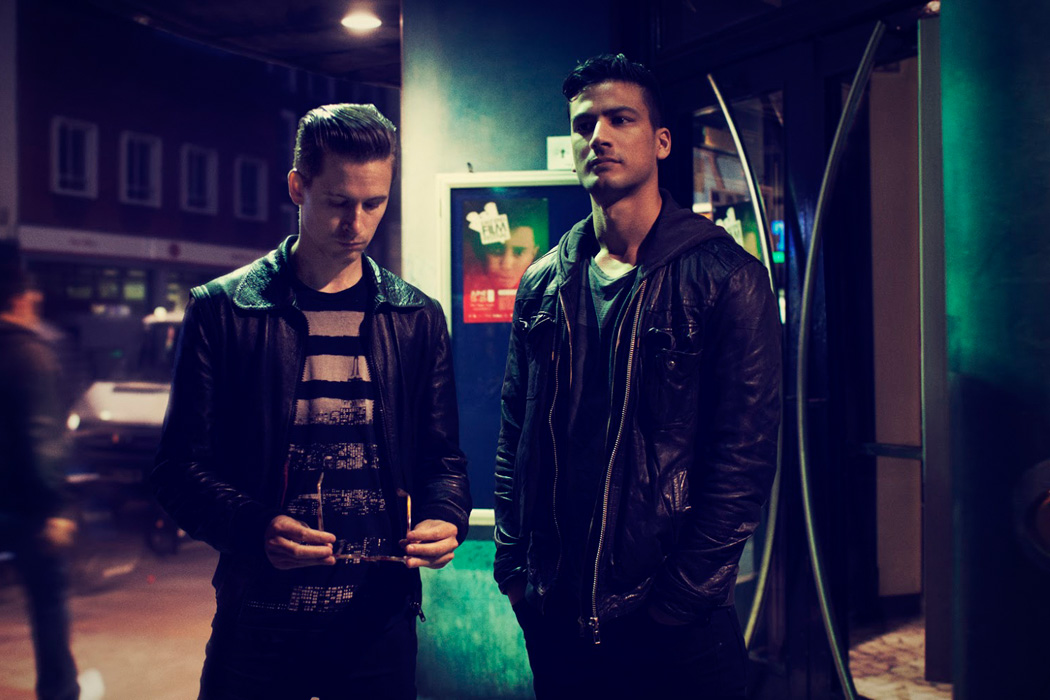 Sanctuary.cz: The day before PGT, you're also going to play at the festival Eastside in Germany. If I'm not mistaken, this will be your first performance after the break. Do you know how long it's been since you last played live? I guess it's needless to ask if you're excited, right? :)

Isaac: Yes, the last tour we did was back in September 2020, and that was a weird, socially distanced thing, that I hope will become a thing of the past very soon. Coming back to performing after a long break is always daunting and there is still a great deal to worry about. Both Covid and Brexit are making things very difficult for British artists. All the uncertainty, restrictions and risks have take a lot of the fun out of touring and I can totally understand why some bands are hesitating to come back just yet. I think I’ll be excited when we get over the border, haha!

Sanctuary.cz: What's it been like to play only for yourselves in the studio for such a long time? Or did you try to liven this break up somehow? For instance, did you have time to rehearse more songs?

Isaac: I have become a legal resident of Austria in order to help alleviate some of the issues caused by both Covid-19 and Brexit. Last year, I was travelling back and forth between Linz and London quite regularly. I spent so much time self-isolating that I began to lose my mind. This year, the costs of all the tests and the flight bans have made that financially impossible so I have mostly stayed here in Austria. I have barely seen the other band members! I’ve only been to the UK once, for the livestream performance we did in March. All of the guys have other music projects to work on, so they have been mostly focusing on those.

Sanctuary.cz: For you, did the involuntary break have apart from the negative effects some positive impact as well? Since you worked on releasing the album yourselves, did you have more time to handle the orders?

Isaac: It has given me a chance to assess what it is most important in life and remember it is vital for your mental health to have good friends, and to talk to them regularly. You need to have a life outside of touring and music. And yes, I actually processed and shipped every single merch order from the album crowd funder myself, during the first lockdown. It gave me something to focus on.

Since then however, and I hate to keep saying this but it’s true, because of Brexit I no longer deal with any of the merch shipping but have fulfilment partners in various locations doing it for me. It has been a relief to be honest, it was getting to point where I could no longer handle it all anyway. I think I did over a thousand orders in 2-3 weeks.

Sanctuary.cz: Did you find in the PGT line-up any band you want to check out too? Also, what can the fans who don't know your music well expect from you?

Isaac: I already saw Then Comes Silence at Grey Days and Je T’aime at Owls ’n’ Bats Festival and they are both great bands. It will be interesting to check out A Dull Set and the other acts we’ve not see before. We make meticulously layered, melodic, emotionally-charged modern synth pop. We’ve stopped using the word “cinematic” because it has lost all meaning since everyone is using the word to describe any music with synths at the moment. But, yeah, it would make a great Blade Runner sound track as well as being catchy as hell.

Sanctuary.cz: Last year, your album 'Monsters' was released. This album was very succesful and got a lot of positive feedback. Is it possible to briefly describe what's the album about? What feelings can the listener get from it in your opinion?

Isaac: I think “Monsters” expertly distills the feelings of anxiety and claustrophobia created by the pandemic and the various lockdowns we’ve had to endure. I’d say it’s the darkest and most intense of our three albums, as the red and black artwork suggests. A lot of people have said that various songs capture exactly how they’ve been feeling recently. So I guess they gain a sense of solidarity and an outlet for those difficult emotions? Plus, a really good sing-along, which we all need every now and then. 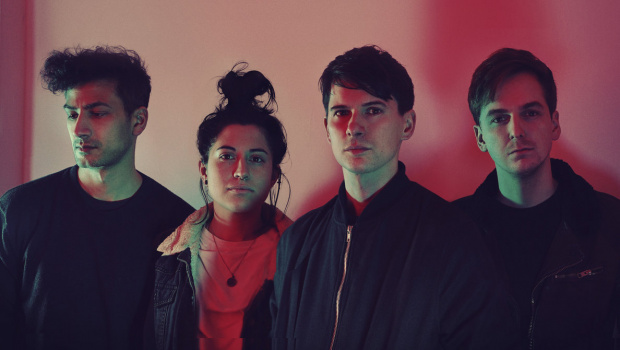 Sanctuary.cz: You are slowly getting settled among headliners of other genre festivals. How do you understand that you address a wide audience even though you're not a traditional electronic band? There is a strong feel of the 80's sound in your music. Where do you get inspiration for your sound?

Isaac: We’ve been very much embraced by the Alternative and Gothic scene but we do feel we have a much wider appeal. Our shows are always a really interesting mix of people, from young to old, from Goth to hipster and everything in-between. I’d compare our appeal to a band like James (Manchester Brit-Pop act big in the ‘90s but still going) - never completely cool, never completely part of any scene but just doing our own thing, writing great songs and borrowing inspiration from a wide range of sources, from ‘90s guitar bands to ‘80s synth pop stars and from sci-fi soundtracks to underground dance music.

Sanctuary.cz: At the last year's PGT, Kite performed an unforgettable show. I get the feeling that your music is close to theirs. The sound it completely different, but the intensive statement and energy seems very close. That's why I expect the Czech audience to love your music as well. Do you like Kite?

Isaac: Yes! We all love Kite. We borrowed their synthesiser when we played Stockholm last year. I think they are indeed our closest cousins in the scene. I must admit I’d not fully gotten into them when we played the same year as them at Amphi Festival and only watched a few songs before going off to explore the festival. I’m kicking myself because I’ve since got way more into them and haven’t had the opportunity to see them again yet!

Sanctuary.cz: Are you working on new tracks or are you fully concentrated on the concert promo for 'Monsters'?

Isaac: To be honest, lockdown completely killed my inspiration. After all the cancellations I felt completely beaten into submission. Some people have been churning out music during the pandemic, but I’ve just felt completely useless and uninspired for a long time. Not being able to tour “Monsters” was really hard. It felt for a moment like the whole album would sink without a trace because of the lack of touring. I wrote a couple of songs I was happy with a few months back but Adam hasn’t had time to do such with them.

However, as soon as my solo acoustic show with Peter Heppner (in Gelsenkirchen, Germany on 15th August) got announced, it’s give me the drive to pick up my acoustic guitar (I write all of the songs acoustically) and start rehearsing again. That in turn has got the creative juices flowing, which is a relief.

Sanctuary.cz: Are you planning on bringing some merch for the weekend? If so, save some for us, so the Germans don't buy it up :)

Isaac: Yes, we hope so! I’ve done a new t-shirt design and we have recently released all three albums on beautiful new clear vinyl with a colour splatter, so hopefully we’ll have some of those with us.

Sanctuary.cz: Thank you for your participation and hopefully we'll get a drink together in Prague soon!

Isaac: Cheers! Thanks for giving us the opportunity to perform for the first time in the beautiful city of Prague. I’m sure it will be unforgettable. 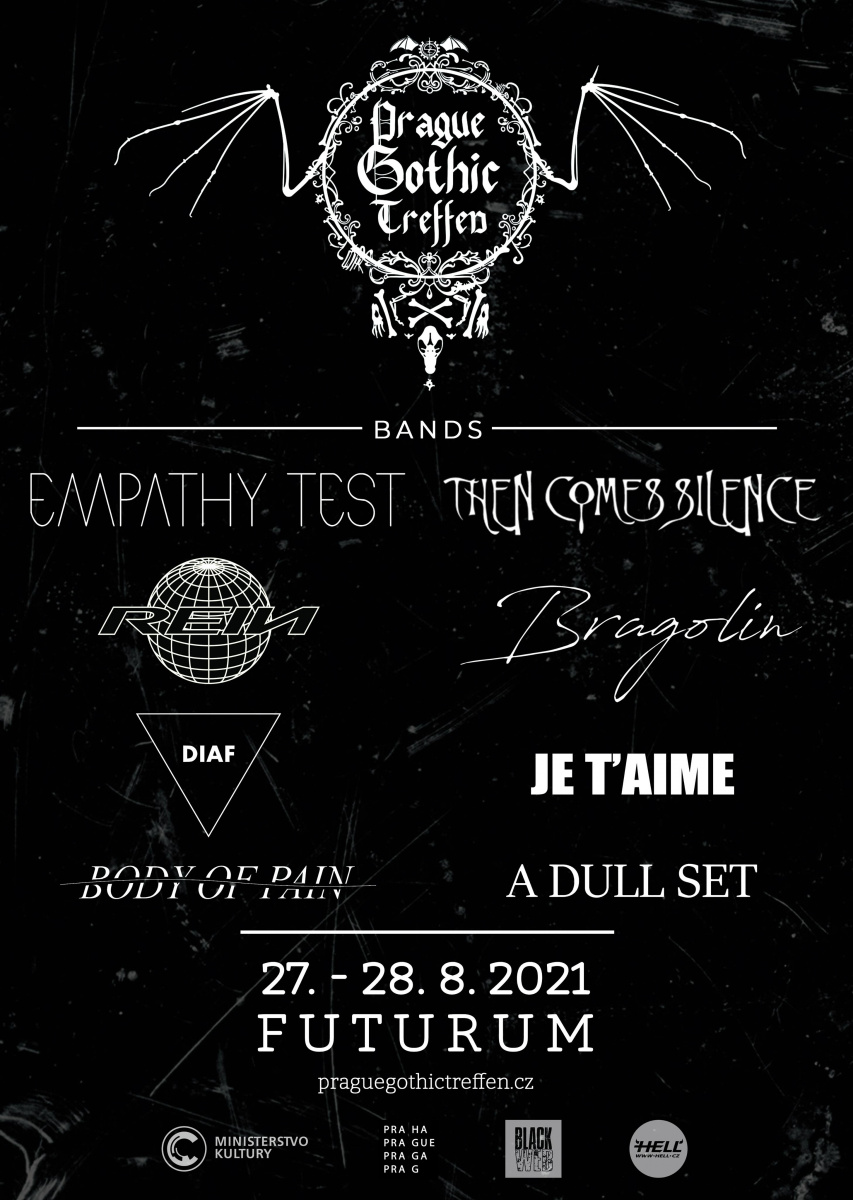