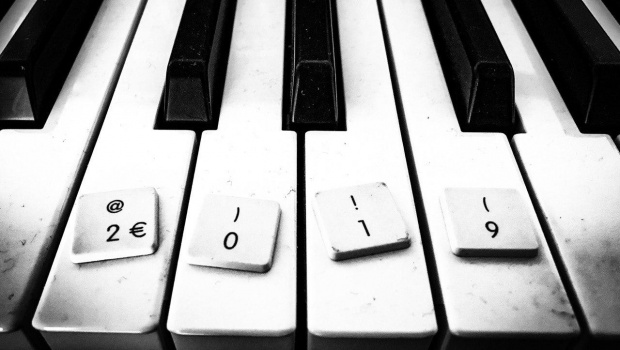 We asked Claus Larsen, Adam Usi, Faderhead, Miriam Christina, Danny Elevator, Rod Hanna nebo Andreas Herrmann from the label Cold Transmission Music  to share their opinions on music of 2019 with you. And here we go...

1) What do you consider to be the most interesting 2019 music record?
2) What was the best gig you saw in 2019?
3) And what about the worst (musical) disappointments the past year?
4) What are your (music) expectations towards 2020? 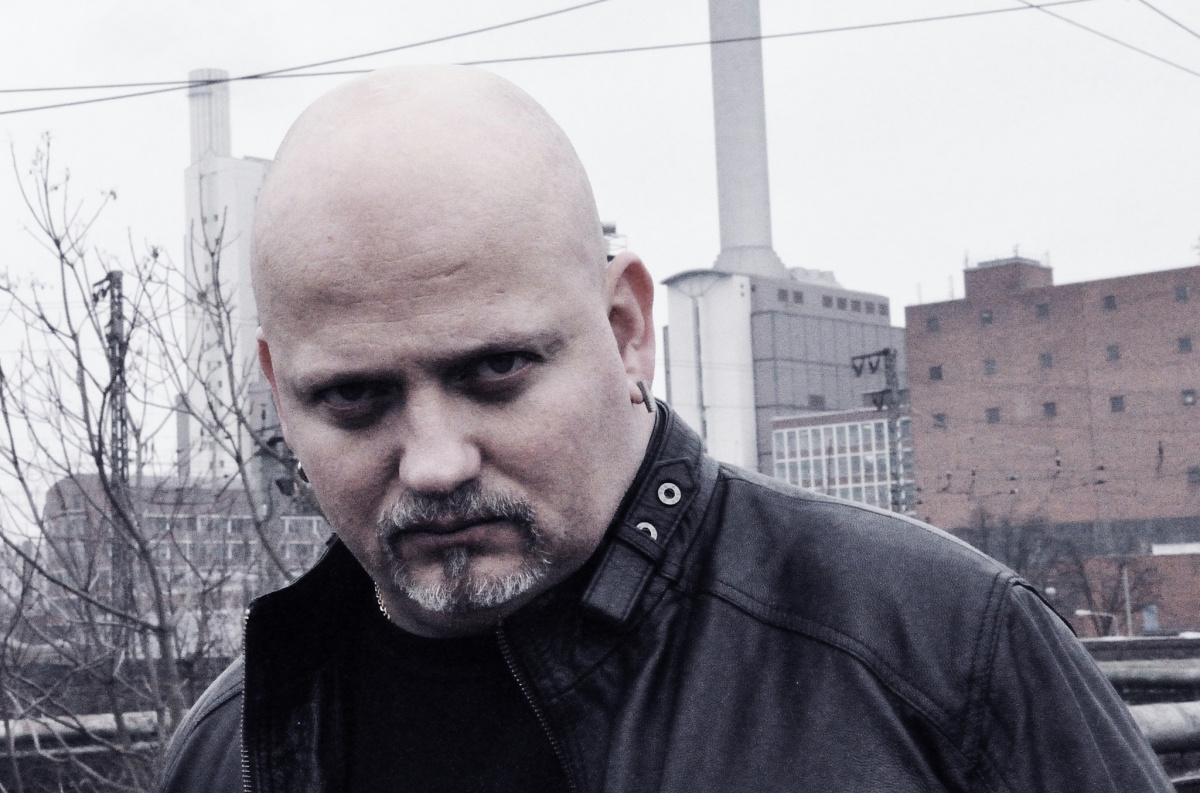 1) I was very happy that Steril from Germany returned with such an amazing new album titled “Empiricism”. From start to finish my absolute favorite album of the year. They have been around the scene as long as I have almost abut they are not the most productive band sadly. But this one is their absolute best.

2) Cassandra Complex at DarkMad Festival in Madrid, where I also was playing as Leæther Strip. I saw them one time before back in the late 80's and they were even better now.

3) I awas really looking forward to the new Front Line Assembly album "Wake Up The Coma". Been a fan since the very early days but this one sadly didn't catch me at all. Yes it's cool that a band tries other paths and I'm sure loads of people loves the album, just not me.

4) I hear from a little bird that Front 242 is working on a new album finally so that will be amazing to have the back with new material after all these years. I also hope that Skinny Puppy have something brewing. Also I will have a new Klutæ album out in 2020 plus 2 new Leæther Strip album's, a cover album and an original album. I cant wait to hear what people think. 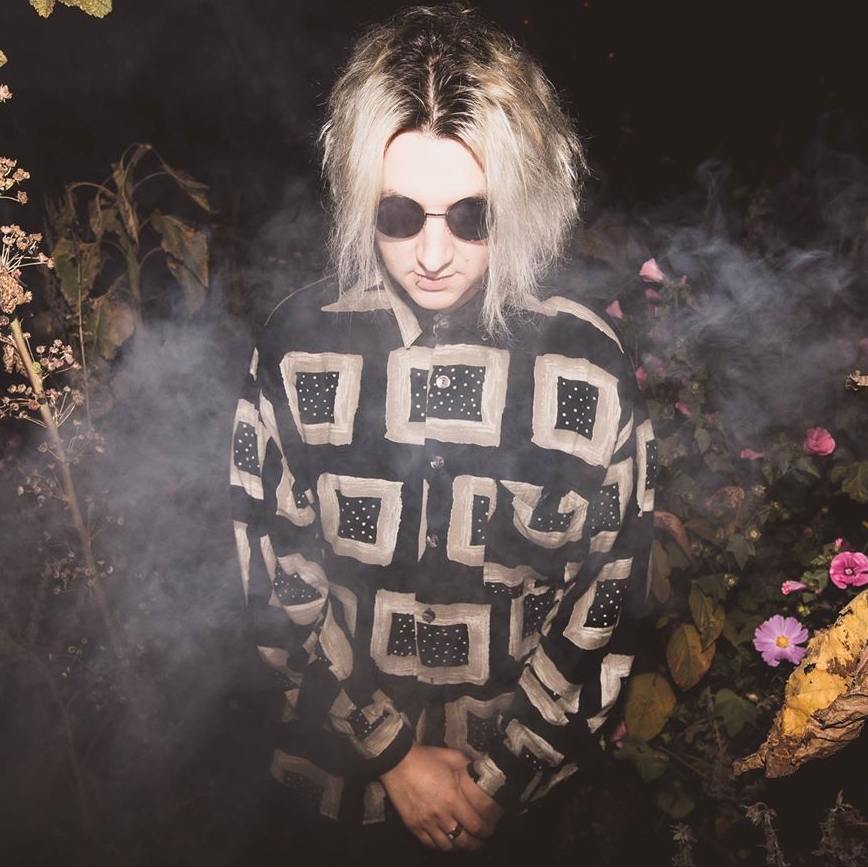 1) For me the most interesting record was probably Altid Sammen by Efterklang. I am a huge Efterklang fan and follow the band since more than 15 years now, which practically means since my youth, my whole live. Between their latest record Piramida and Altid Sammen lie 7 long years. In this 7 years I as Adam Usi discovered the world of synthesizers and came up with two albums, just like Efterklang did with their band Liima. Liima also is only driven by synth sounds, although its a completely other musical style than Adam Usi. Anyway, I wanted to point out why I love the new Efterklang album. Its just perfect. On the one hand you can hear the Efterklang legacy in every single track, you definitly know and feel its a Efterklang record. On the other hand its unique and not just a "never change a winning team" record. They grew with the years, decided to write danish instead of english lyrics, didnt get comercially, use synths and strange synth landscapes besides classical instruments and generate tracks, which have a certain pop pattern to them, but still are unique and made for the artsy listeners ears. One track even includes african world music elements. Definitly the most interesting record of 2019 for me as a die hard fan, Im very excited for the live concert in munich this February.

2) Well, I saw loads of bands in 2019. What makes 2019 special is the diversity. I saw big acts, small acts, and especially a lot of acts which arent in the goth scene. My musical taste seems to develop and I more and more get bored by most post punk and wave or dark wave bands. But theres one really harsh post punk band from germany which I saw twice this and twice last year, I still do think its the best german live band by far: Die Nerven. Die Nerven are not only musical geniuses, but really do have a post punk attitude. They tend to be harsh to the audience, dont pay attention to the audience, be rude, anti and just punk. But in a very intelligent and socialcritic way. Its hard to describe, you should better check them out live soon yourself.

3) Like every year there are a few, and I hate to say it (and know that a lot of readers will hate me for my oppinion) but the new Tool album is the worst and most disappointing piece of "art" i listened to in ages. Tool is a band I grew up with, I even managed to see them live in 2006 when i was only fifteen years old and a little metal head. So I was keen on that records like all the Tool fans, since they didnt release a new album or even a single in thirteen years! To be honest I already had a strange feeling when they announced the 2019 tour, the live concert prices where just incredibly high, and for me as a often-go-to-concerts-guy it was just to much money, so I decided not to get tickets pre the album was released. Im very reliefed I didnt get tickets to be honest. Maynard is just not capable of doing great vocals anymore. Theres no power behind his voice and it overall sounds boring. He used to scream his hard out and give everything. I mean yeah I get it, he got old. But well, in this case you probably gotta right an album which fits the new singing style, which didnt happen. The album by far is the worst tool ever released. The mono synths they used are just annoying and randomly put, his vocals are as I already pointed out boring, uninspired and powerless, the lyrics are very weak compared to older tool tracks. Also the instrumentals just seem to be a cheap repetition of the old stuff, but without striking moments but awkward ones. When there was a solo on an old tool album, you knew you where gonna get destroyed. On Fear Inoculum they are just uninspired and superfluous. Also the whole production of that record is bad in my opinion. Its flat and over-mastered, which is a shame, since tools sound lives from diversity especially when it comes to loudness. All in all, I gotta be honest, I had a hard time listening through this thing and also did it once. Very disappointing.

4) In 2020 I wanna travel to the USA, as I am finally done with studying social work now. That means since i work at a proper job now I finally got the money to see another continent. I also wanna record a new album as Adam Usi this year, but I dont know yet what is going to happen. All in all I wanna continue seeing loads of bands and have fun making music.

1) Rafa gave me "Tides from Nebula" recently. A great band from Poland. They played in Hamburg a couple of weeks ago, but sadly we missed them. Next time we will go see them! I do have their album "From Voodoo to Zen" in constant rotation. Awesome new discovery for me.

2) The Young Gods. They are awesome. Really one of the best gigs, possibly in years. You'll see me at their next concert around town as well. If I recall correctly, both David Bowie AND Trent Reznor called them one of their all time favorites. Count me in. They could have gotten some competition from "Tides from Nebula", if I hadn't missed that event. But well, that's all my fault.

4) New stuff from Leaving With Ghosts. 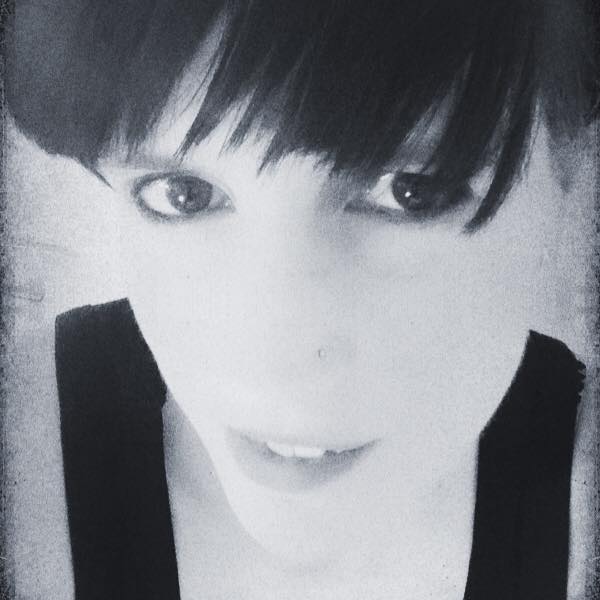 2) In December 2018 John Cale at the Elbphilharmonie Hamburg impressed me that much that I can’t find anything similar in 2019. If it has to be 2019 I choose Alison Moyet at Capitol Hannover in January. 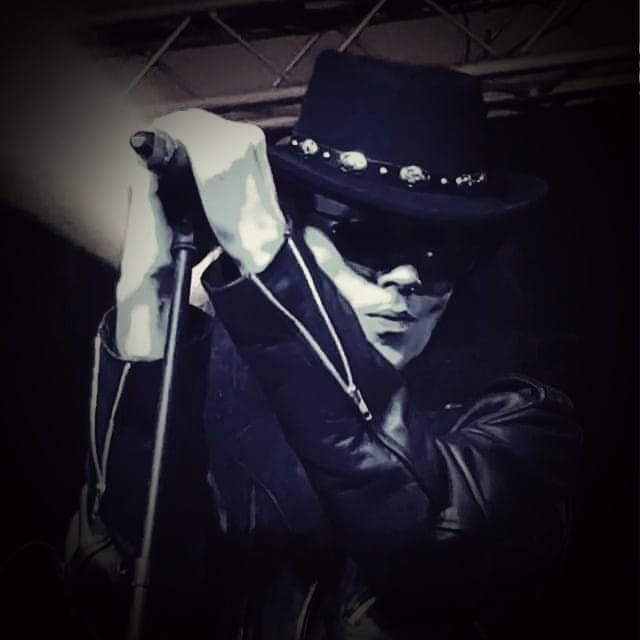 1) Personally I can only give one clear nominee for most interesting record of 2019, namely 'Servant of the Grail' by Angels of Liberty. It is tinged with sadness as it was released posthumously after the death of Voe St Clair. I contributed a few notes in the inner sleeve of the album as a tribute to the man, a dear friend who I was lucky to work with a few years ago. A brilliant album that heightened how truly talented Voe was and what a terrible loss the modern goth scene suffered from his passing. RIP. Oh and a big shout out must go to Brandon and the quite brilliant Sonsombre too! Love them. Modern Goth Rock is in a very healthy state indeed.

2) Hmm I did not see too many shows in 2019, however I did perform at one, the Tomorrows Ghosts Festival at Whitby in November. It was my debut show with October Burns Black and it is a memory I will cherish forever. Cannot wait for many more!

3) Those that know me will tell you I am a grumpy swine sometimes and will moan endlessly about anything haha! I must say though that I haven't heard anything musically that has disappointed me per se, any act I love has released some phenomenally good music in the past year. And yes that includes my own band and our 'Reflections' e.p. I do not do modesty hehe!

4) As far as my own musical expectations for the coming year go, I can promise you a full length album from October Burns Black. We are all highly motivated and enthusiastic artists determined to create our finest musical release to date believe me. Watch this space! Other than that I hope 2020 delivers more passionate and powerful full on Gothic Rock (not post punk by the way...whatever that is!) just as 2019 did. It should be a great year. 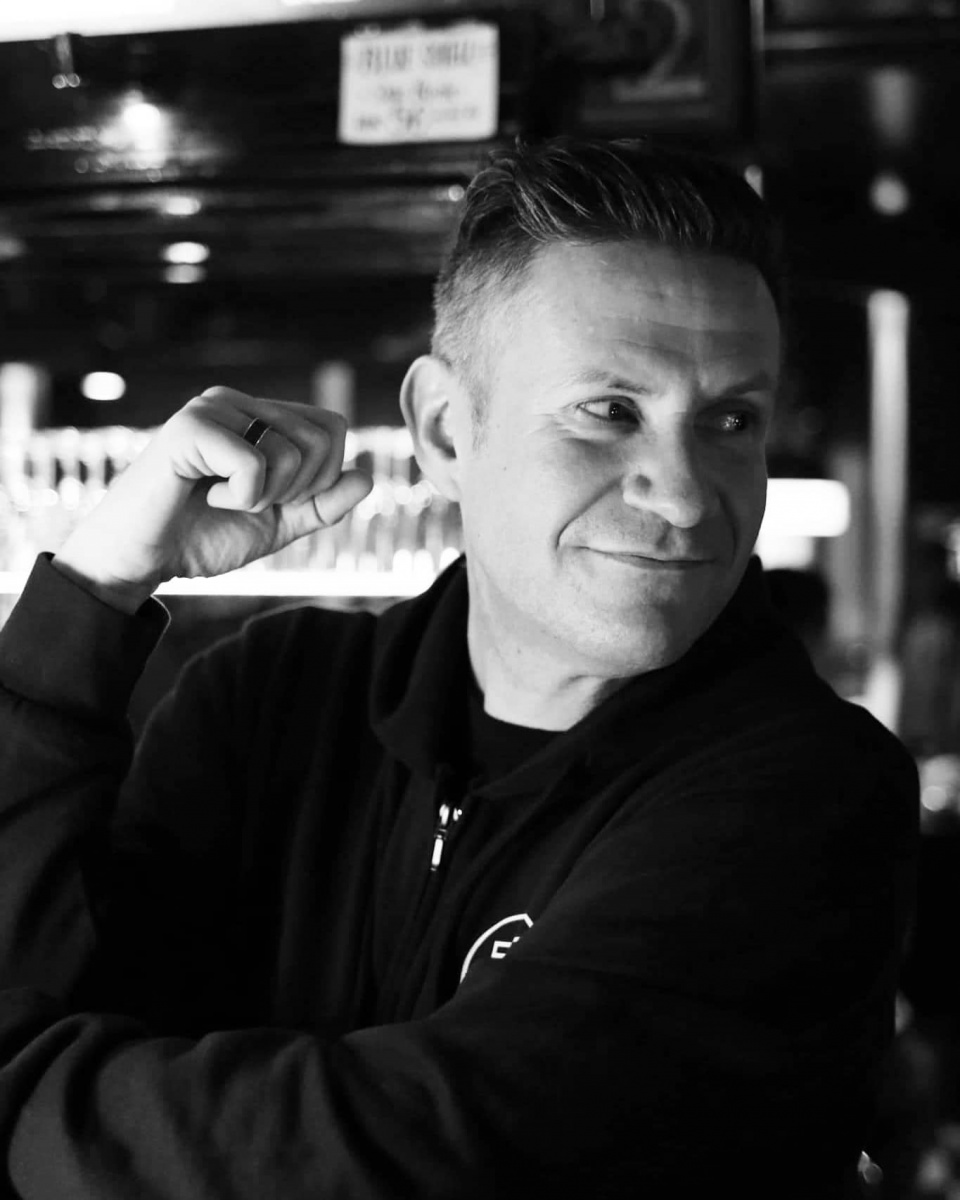 1) There are new and interesting releases almost every day and I therefore cannot highlight someone in particular. But what I would like to say is, to me, every song I play in my mixcloud show is a great song.

3) Every concert that is badly mixed is always a disappointment. And there were a few in the past year.

4) I just hope that the Post-Punk & Coldwave Revival continues and that more supporter and fans will join. In addition, I personally would like more courage from locations and bookers, so that also newer and less well-known bands get a chance to present their music live. 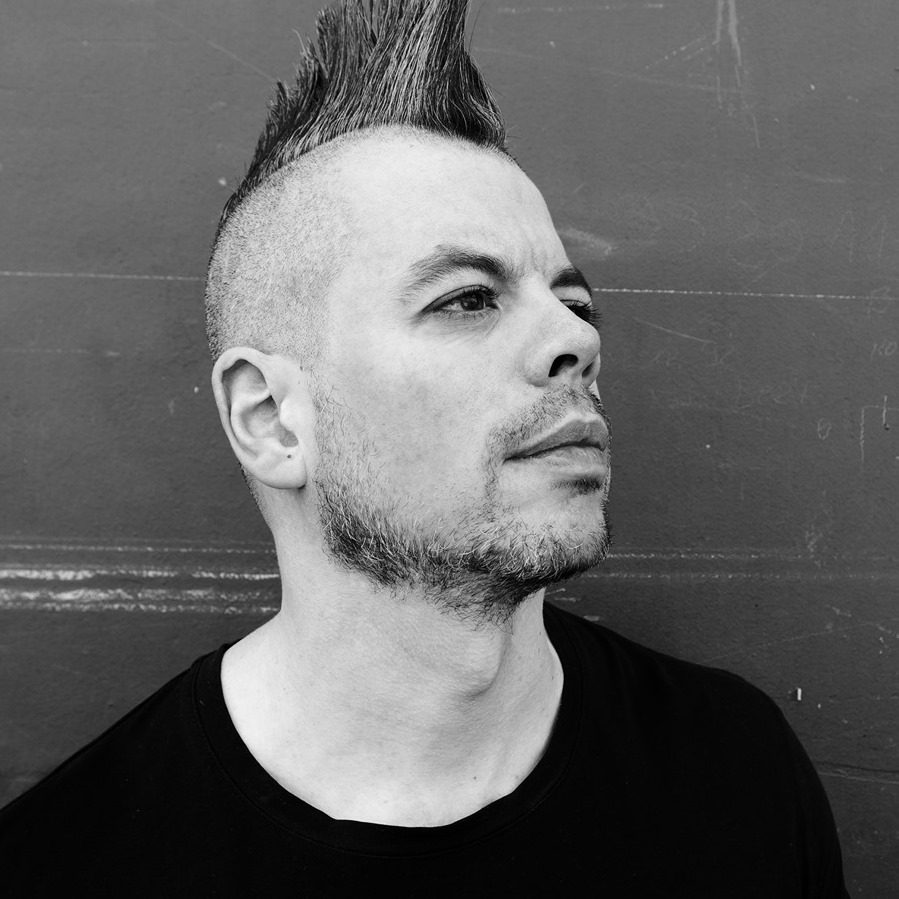