As we promised a few days ago on our Facebook profile, we bring you another batch of information about this year's PGT.

Summer is starting. Before everyone heads off for their well-deserved vacations or holidays, let's take a closer look at the program and other details of the 17th Prague Gothic Treffen. After all, this feast of all Central European Goths will take place on the 26th and 27th of August, which is 8 weeks away - so it's about time.

As we have mentioned in previous posts, this year we have decided to move to the more generous spaces of the Fuchs2 and Bike Jesus clubs on Štvanice Island. This brings several advantages: both clubs are located in one building, and moving between the stages really only takes a few seconds. In addition, the timing of both nights will be designed so that the acts' performance times overlap only minimally. It means you will be able to see a substantial part of the show of all the artists and won't miss anything essential from the line-up. 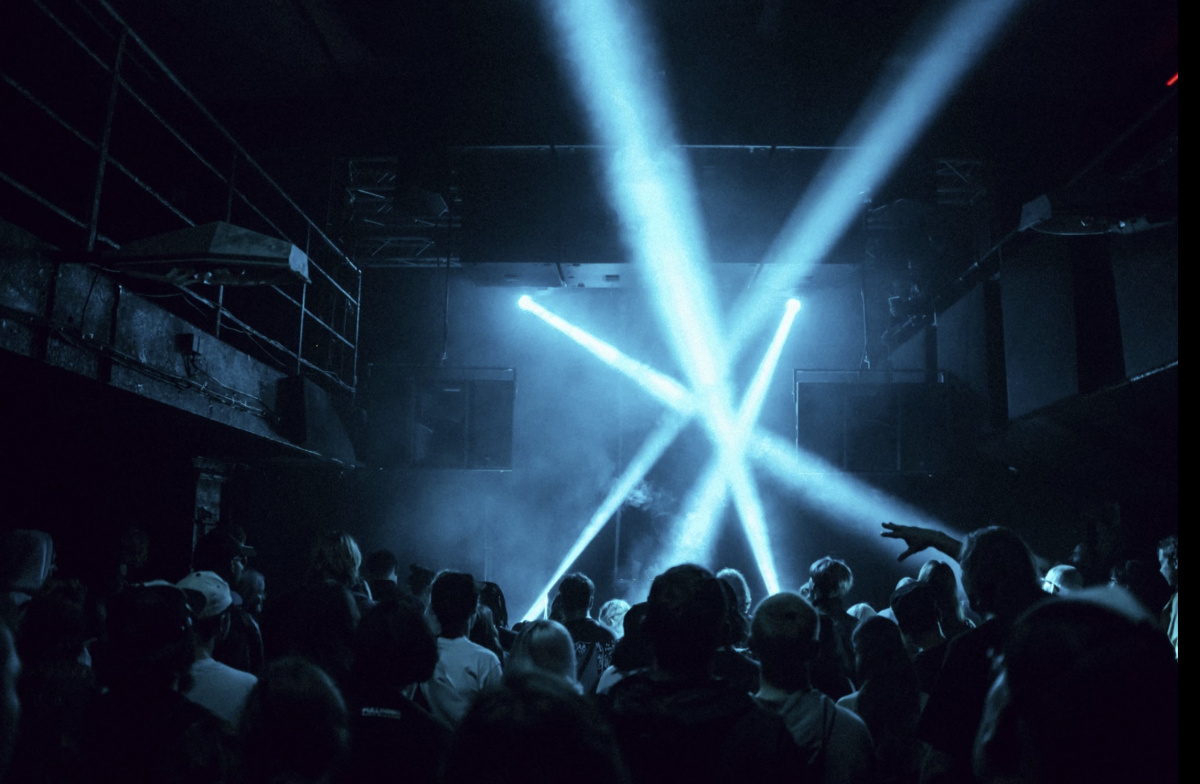 There is a tram stop (Štvanice) right in front of the Fuchs2 club, so transport to the venue should not be a problem for any of you. If you're going home at night, just take a short walk to one of the nearby stations with night buses around Prague (Florenc, Vltavská, Bílá Labut', Nábřeží Kpt. Jaroše...), each of which can be reached within 10 minutes on foot.

The Bike Jesus club has a large outdoor garden, so if you're not under the stage of one of the bands, you can spend time in the fresh air just a few steps away from the main venue. At the same time, we'll be far away from residential areas so our revelry won't disturb anyone.

Gothic Picnic will also take place on Saturday from 4 pm on the island of Štvanice, just a few steps away from the clubs. Last year we were forced to cancel a planned visit from Nyctalus Bat Rescue Centre, which has been cooperating with us for a long time in the framework of Batsave parties, due to bad weather. We will therefore try to make up for this small rest from last year and representatives will come in person to tell us more about the workings of this facility, and you will have the opportunity to meet some of the winged clients in person. The talk will also be translated into English and is scheduled to start at 5pm. The exact location of the meeting, as well as the picnic itself, will be posted on the oficial PGT website in due course. 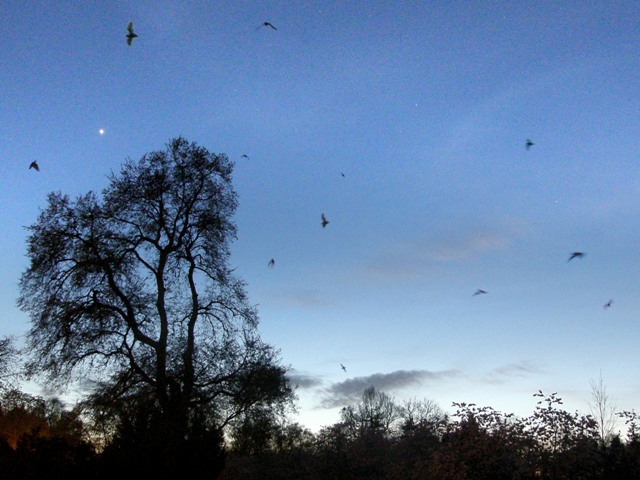 The last news, which we can take full advantage of thanks to the new location, is a food truck. It will be located in front of the entrance to the Bike Jesus club and will be open throughout the PGT for both fans of meat food as well as fans of vegetarian or vegan cuisine.

As is customary for every edition of the Prague Gothic Treffen, a new batch of merchandise will be waiting for you. You can look forward to new t-shirts, bags, badges or patches, and some brand new pieces we haven't offered before. So don't forget to throw a few extra crowns in your wallet. All items are limited in number, and there are no plans to reprint them, so be quick enough to buy.

Just like last year, you won't miss out on the opportunity to make a stylish memory picture of PGT in our photo booth that will make your fierce look stand out in all its glory.

And now for the music itself:

We're extremely sorry, but sadly due to health reasons, Minuit Machine will not be performing at PGT this year. Hélène de Thoury fell ill some time ago with covid with a rather complicated course, and ear inflammation added to that. The keyboardist has been ordered by her doctor to take a three-month concert break, so, unfortunately, her participation in the event is impossible. However, we have promptly arranged a full replacement in the form of the Greek coldwave/minimal duo Selofan, so we hope you will forgive this change in the program.

To balance the number of guitar-oriented acts against the more electronic-oriented performers, we decided to add one more name to the program. This will be the Polish band Ksy. If you're a fan of the guitar coldwave that the legendary Siekiera used to espouse, and also love the first wave of the British post-punk revolution, then you don't want to miss their performance.

Afterparties will be an integral part of the programme, which will take place after the live performances on each stage on both days. You will therefore be able to switch freely between two different genres of dancefloors and indulge in the dance craze that suits you better. This year, the British icon of dark DJing, DJ De'Ath, the organizer of the Black Veil parties in Leeds, will play his set here. From Germany comes the popular DJ Cyberpagan, the main figure of the German portal death-rock.de. DJ Whydie? from the allied organizing team (RARE) will defend the Czech colours this year along with DJ Dave von Tenebrae (Afterlife, Dancefloor Tragedy) and DJ Muchacho R0b0t0. The complete Sanctuary.cz DJ crew will also appear behind the DJ desk.

We want to remind you that tickets are still available exclusively at GoOut GoOut for 690 CZK (+ fees). A two-day ticket can be purchased on the spot for 790 CZK. One-day tickets will not be on sale. See you in a few weeks! 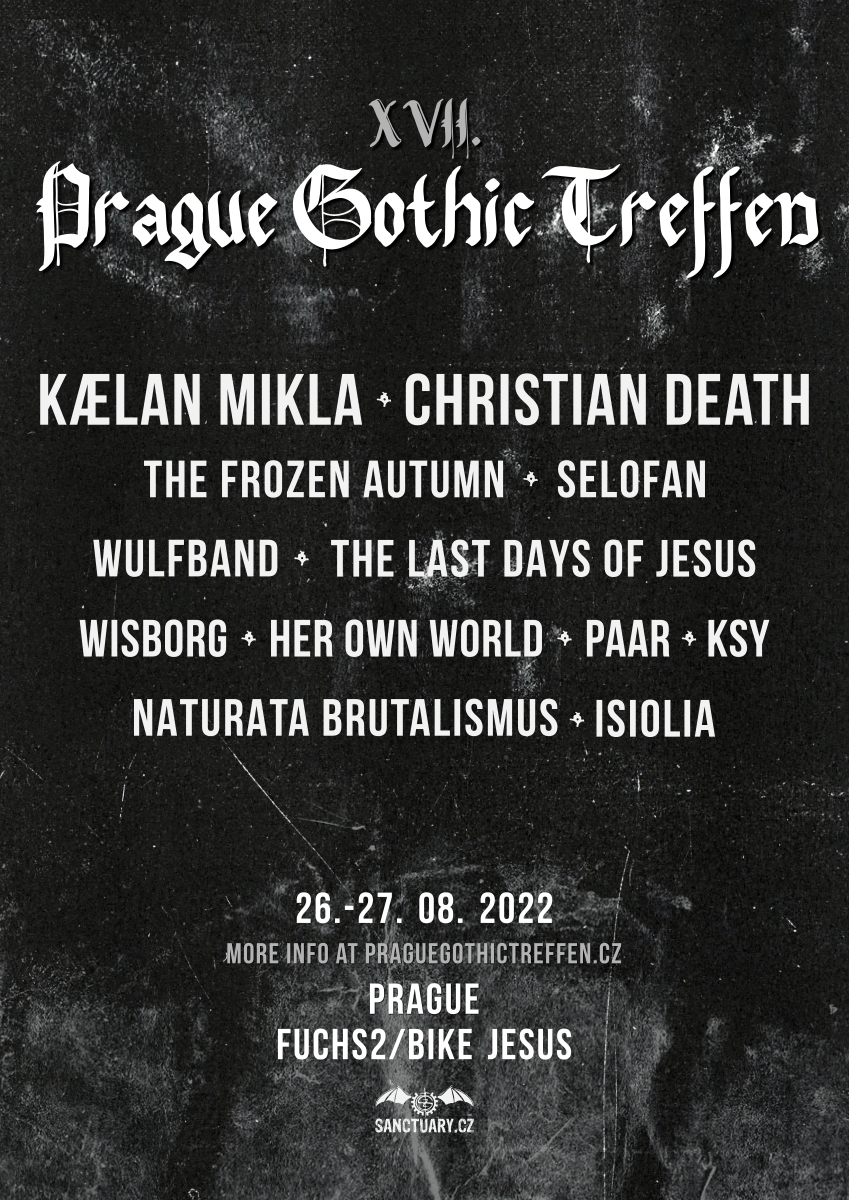